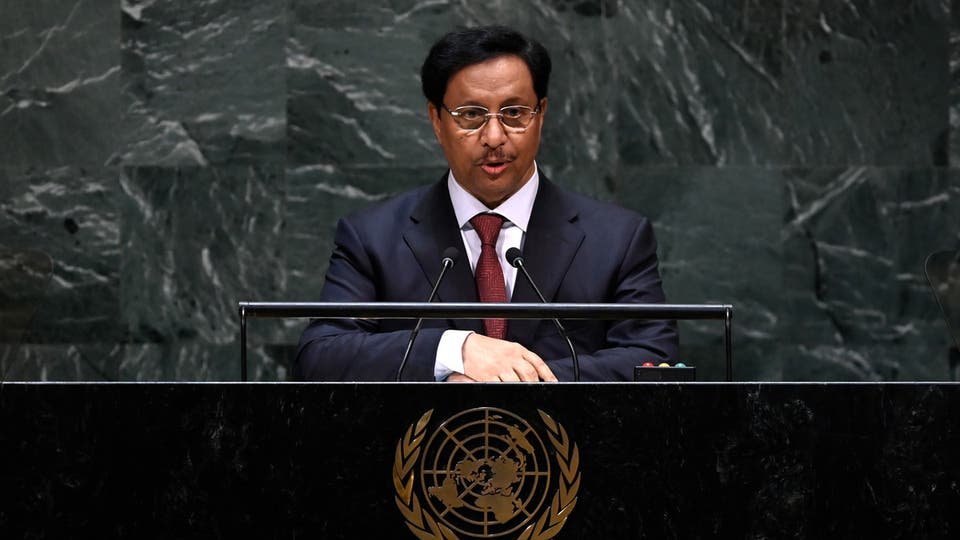 Kuwait said Thursday it is prepared to host a UN-sponsored new round of peace talks between parties to the 4.5-year war in Yemen.
Despite resumed negotiations between parties to Yemen's crisis, and Stockholm Agreement reached late last year, stalemate and persistent non-application have dominated the scene, the Kuwaiti Prime Minister told the UN 74th General Assembly in New York.
Having insisted that no military solution for this crisis and supported the UN efforts to facilitate political process, Kuwait reiterates its willingness to host Yemeni brothers' talks in Kuwait, Jabir al-Mubarak Al-Hamad Al-Sabah added.
Kuwaiti efforts aimed to reach a "political inclusive, ultimate solution based on the three terms of reference - the GCC Initiative and its implementing mechanism, the National Dialogue Conference's outputs and the UNSC's relevant resolutions, Resolution 2216 in particular - to end this crisis, while maintaining Yemen's security, stability and territorial integrity.
"Continuity of the Yemeni crisis remains striking signal for the reality of how to deal with the UNSC's relevant resolutions and outputs," he said.
Yemen has been racked by a 4.5-year bloody conflict between the Yemeni internationally-recognized government's forces, backed by a Saudi-led coalition, and the Iranian-backed Houthi rebels who ousted the government in 2014.
Yemen conflict has triggered what the UN calls the world's worst humanitarian crisis, with most of the population in need for a type of humanitarian aid and immediate protection, including 14 million people risking famine and some 1.8 million children suffering malnutrition.
Parties to the 4.5-year war in Yemen, after 8-day peace talks in Sweden, reached on the 13th of last December an agreement providing for ceasefire in Hodeida and redeployment of both sides' forces, exchanging prisoners and alleviating blockade imposed by Houthis on Taiz.
But none of this has taken place so far, with both sides trading blames for trying to thwart the deal.