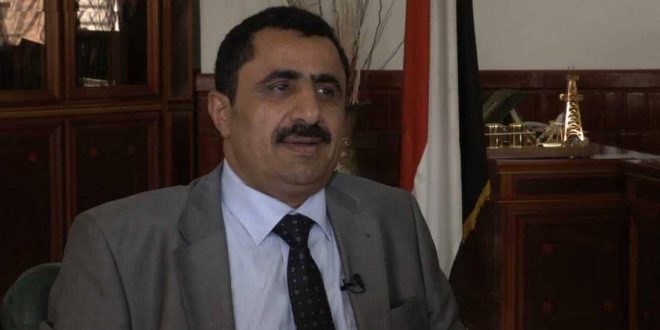 The continual detention of oil tankers would lead to military escalation, the Houthi-run oil ministry said Saturday, expressing willingness to enter in any deal on using the oil and gas revenues in paying the civil servants.

"Release the oil tankers," Houthi oil minister said at press conference in Sana'a addressing the Saudi-led coalition, as "our people will not yield by obstinately detaining them, but this will rather inspire mobilization for fronts."

Ahmed Daris called the UN to assume its responsibilities and help release the "detained oil and food vessels," accusing the Arab coalition and Yemeni internationally-recognized government of "stealing 18 barrels of oil last year and transferring the value to the Saudi National Bank.

"We'll not allow for our people's wealth to be abused," he added, expressing his authorities' readiness for "any deal on allocating the oil and gas revenues for paying all the civil servants."

To further worsen the living conditions of ordinary Yemenis, civil servant salaries have been unpaid since September 2016 following the dislocation of the Central Bank of Yemen (CBY) from the Houthi-held Sana'a to Aden under President Hadi's decree.

Then, the official government promised to pay all salaries, but has failed to honor its promise.

Last August, Houthi authorities gave the international community and Yemeni government a 3-month respite to apply an initiative meant to have revenues of the Hodeida, Salif and Ras Isa ports deposited into an account at the CBY's Hodeida branch, and allocated for paying the civil servants' salaries.

On Friday, the Houthi-run Yemeni Petroleum Company (YPC) said the Arab coalition was detaining nine oil tankers that had already been inspected and approved by the UN, according to Houthi al-Masyra TV.

The oil reserves left could suffice no more than ten days, YPC added, warning of the "world's gravest humanitarian catastrophe in all Yemen's vital sectors" following the lack of oil derivatives.

Yemen has been racked by a 4.5-year bloody conflict between the Yemeni official government's forces, backed by a Saudi-led coalition, and the Iranian-backed Houthi rebels who ousted the government in 2014, triggering what the UN calls the world's worst humanitarian crisis.