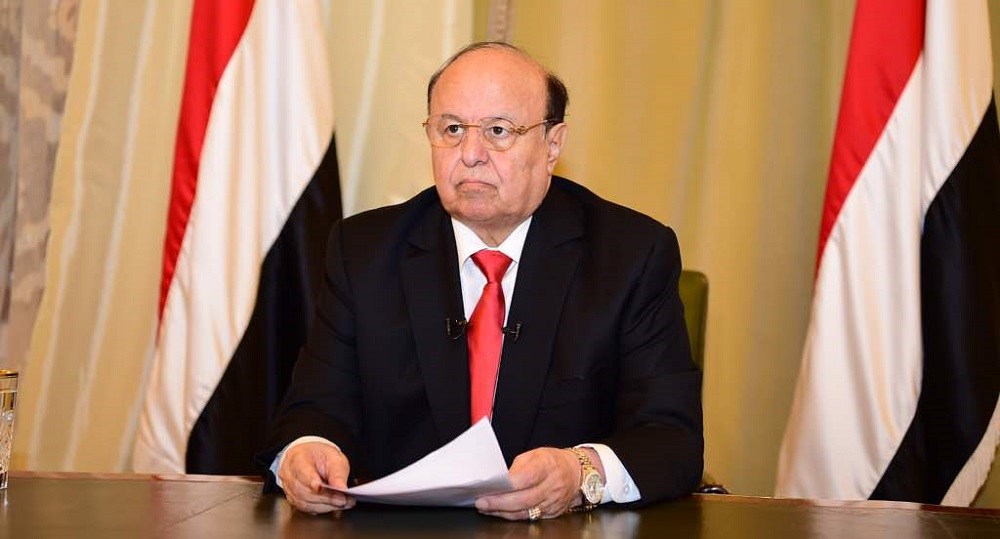 Yemeni President Abdrabbo Mansour Hadi due to meet with US Assistant Secretary of State David Hale to discuss a number of issues related to Yemeni and regional affairs.

The US State Department announced on Sunday that "David Hale will meet with Yemeni President Abdrabbo Mansour Hadi in the Saudi capital Riyadh to discuss the conflict in Yemen and bilateral and regional issues."

The US State Department noted on its site "Twitter" that Hale is currently on a visit to Saudi Arabia and the United Arab Emirates, and is expected to continue until October 18, stressing that "he will meet senior officials in the government of the two countries, as well as the Yemeni president."

Hale will stress America's continued support for the UN-led political process in Yemen, and will "reaffirm that a political solution is the only path to peace, prosperity and stability in Yemen."

Yemeni President Hadi has been in Riyadh for more than two years, with a large number of members of the internationally recognized Yemeni government.

Yemen is about to end its fifth year in a bloody war.Parties to the conflict are the Yemen`s internationally recognized (legitimate) government, backed by Saudi Arabia, the leader of the Arab coalition, and the Iranian-backed Ansar Allah (Houthis) group.

The Conflict in Yemen has left a severe humanitarian crisis.