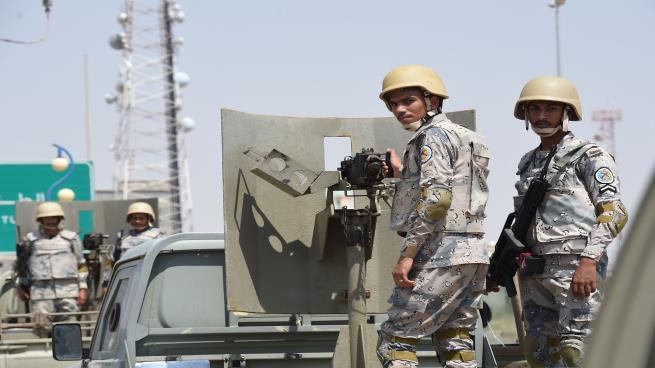 The sources added that dozens of Saudi soldiers arrived on a military transport plane to Aden International Airport.

"Additional Saudi reinforcements are due to arrive in Aden to deploy instead of the recently withdrawn Emirati forces.", the sources added.

Accordings to the sources the Saudi forces will be based in the Arab coalition camp in Borayqa district, west of Aden, and Al-Anad airbase in Lahj governorate, north of Aden.

On Monday, Saudi and Sudanese forces took over Aden International Airport and a number of strategic locations in the city from the UAE forces as part of efforts to end the power struggle between the "legitimate" government and the UAE-backed armed separatist Southern Transitional Council.

Saudi forces included tanks, vehicles and soldiers, and another Sudanese arrived, last Wednesday, to the oil port in the Directorate of Borayqa.

Last August, the UAE-backed Southern Transitional Council (STC) seized control of the entire city of Aden, which the Yemeni government is taking as the country's "temporary" capital, after four days of fierce clashes with government forces that left hundreds dead and wounded.

For more than a month, Saudi Arabia has been hosting indirect talks between the "legitimate" Yemeni government and the Southern Transitional Council to reach understandings to end the crisis in Aden.

An agreement was due to be signed between the two sides last Thursday, but was postponed in conjunction with information about the UAE amendments in the wording of the agreement, which prompted the "legitimacy" to reject it.