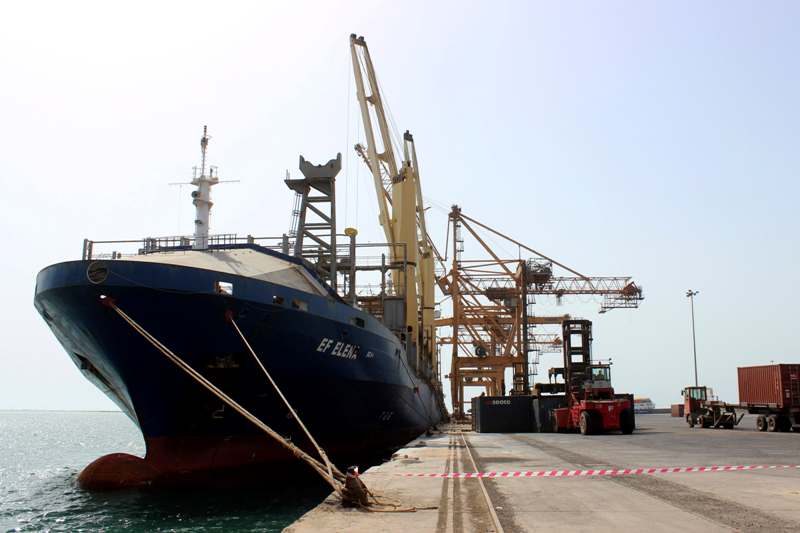 The Yemeni official government-run Economic Committee (EC) on Thursday blamed the Houthi group for stopover of oil tankers off the Red Sea Hodeida seaport and delay of entry and discharge process.

The Houthis "are causing the stopover of eight fuel tankers off Hodeida port until now," the EC said in a brief statement, as the rebels "prevent traders from presenting the [required] documents and applying for government entry permits."

The group is "using terror and threats of imprisonment, property seizure and business pause against traders in compliance with government regulations.

"These practices reflect its persistence to boost the black market operated by the group to finance its activities and double civilians' sufferings," it added.

The EC accused the rebels of evading the banking controls aimed to combat money laundering and funding terrorism and maintain currency stability, and of impeding the government's and UN envoy's efforts to pay civil servants salaries.

On Wednesday, the Houthi-run Yemen Petroleum Company accused the government of detaining 5 oil tankers, although they obtained UN permits.

The Yemeni internationally-recognized government has decided to give oil cargos permits only after customs and tax fees are paid at the Hodeida Central Bank of Yemen, promising that the revenues would be used to pay the civil servants.

On Saturday, oil traders in Houthi-held areas dubbed decisions taken by the EC as arbitrary and illegal, accusing the EC of partiality as its decisions harm them.

On Friday, the EC warned oil traders against "consequences of yielding to Houthi instructions and contributing to their plot, directly or indirectly, by failing to apply the government Decree 49" on oil tax and costumes collection.

But Sana'a oil suppliers say they reject to deal with the Aden-based EC as it "deliberately detains and delays tankers for weeks .., asks for illogical data and documents and deals selectively" with vessels.