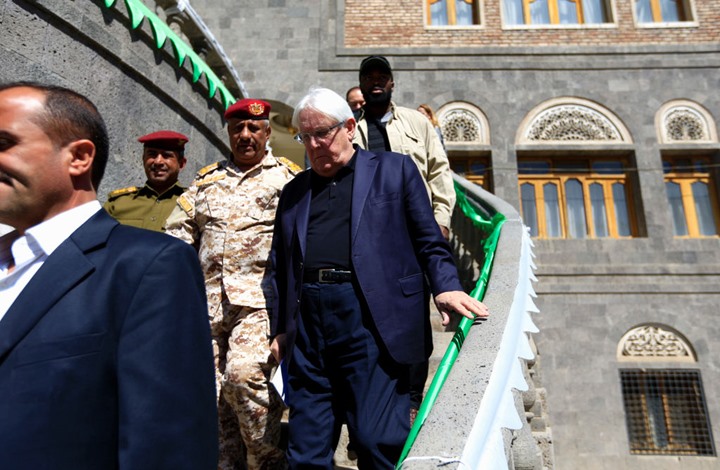 The UN envoy to Yemen on Monday hailed his meeting with the Houthi group's leader as constructive, since they discussed preparations for resuming the political process.

The ongoing stage in Yemen, with the catastrophic effects left by the war, has proved that the Arab coalition military and economic option can make peace neither in Yemen nor in the region, the Sana'a-based Saba quoted the rebel leader as saying following the meeting.

"The United Nations has to care for the Yemeni issue, considering the general stance that would lead the aggression to stop and the blockade to be lifted," Houthi added. Going deep into "internal details is completely in contrast with the role required by the UN, that is to tackle by solutions and stopping the war."

In Riyadh, Griffiths has discussed with officials of the Yemeni internationally-recognized government progress made in applying the Stockholm Agreement, particularly issues related to Hodeida.

The UN is exerting efforts to craft a political solution that would end a war pushed three fourths of Yemen's population in need for humanitarian assistance, triggering what the UN calls the world's worst humanitarian crisis.
Parties to the 4.5-year war in Yemen, after 8-day peace talks in Sweden, reached on the 13th of last December an agreement providing for ceasefire in Hodeida and redeployment of both sides' forces, exchanging prisoners and alleviating blockade imposed by Houthis on Taiz.