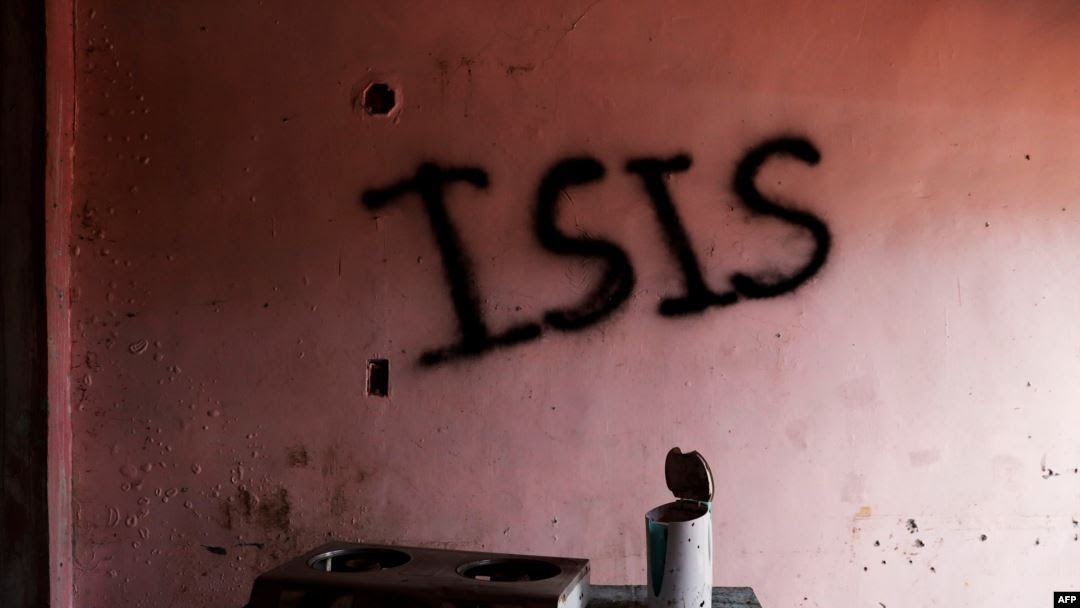 IAl Hashimi Al-Qurayshi is the new sof Abu Bakr al-Baghdadi, former leader of ISIS, whom was killed in a US military operation in northwestern Syria , last 27 October.

Amaq News Agency declared the name of its new leader and confirmed the death of its spokmen Abul-Hasan al-Muhajir.

ISIS named its new leader after only five days of the announcement of al-Baghdadi s killing by US , this is fast in comperation with what happned in April 2010 where it took them a week to admit Abu Ommar Al-Baghdadi was killed, and a month to name a successor.

This was declared by the new spokesman of ISIS, Abu Hamza Al-Qurayshi , in an audio recording uploaded on the Telegram app , where he described the new successor as a scientist in religion and fighter (Mujahid) pointing out that he had been handpicked in advance by Mr. al-Baghdadi.

"Pursuant to the Sunnah of the Companions to appoint the imam quickly, insuring the interest of the Muslim community and regularity of its affairs, the Islamic State Shura Council, may God cherish , convened immediately after confirming the martyrdom of Sheikh Abu Bakr al-Baghdadi, my God accepte him , the sheikhs of the mujahedeen agreed, after consulting with their brothers and acting upon the recommendation of Abu Bakr al-Baghdadi, to pledge allegiance to the sheikh and mujahid, the scholar, doer and worshiper Abu Ibrahim al-Hashemi al-Qurayshi,may God protect him, as “emir of the believers” and “caliph.

We ask God to grant him success, rectitude, conquest and guidance, and to be appointed by Almighty God to complete what was started by his former brothers before him and to be blessed by good for goodness and open the country and people s heart to him."  The recorder said.

The recorder also called upon supporters to pledge allegiance to the new leader, and for a revenge for Al-Baghdadi's killing ,addressing the US: " First of all, you know that today the ISIS is not only on the threshold of Europe and Central Africa but it extends from east to west, don t you realize how you became after your war on ISIS ?. Don t you see how you became the laughingstock of the nations, and an old and crazy man controls your fate, sleeps in an opinion and awakes with another, so don t be happy and self-conceit ".

ISIS members pledged allegiance to the new leader , whose identity and nationality is not revealed by his name unlike Al-Baghdadi s title which clearly reveals he is Iraqi .However, Al Qurashi indicates he is from Quraysh, prophet Mohammed's tribe, which became a necessary to the ISIS to beecome a leader ( Caliph ) .

Almost nothing is publicly known about Mr. Al-Qurayshi, including his real name, analysts were trying to figure out who he is , and all theories are Just speculation.

Although , the majority speculate he is Iraqi like most of the previous leaders .

As well as many analyst speculate that he is Abdallah Qardash(Abu Omar Turkmani) from Iraq , one of the most prominent leaders in ISIS, who has been rumored that hi is the deputy of Al-Baghdadi since last August.

Last October, a former ISIS member revealed that there is only one deputy and that is Hajji Abdullah one of Qardash s names.

But other analyst said the new leader could be Egyptian, Tunisian or Jordanian, not only Iraqi because he must be a member in the Shura Council and the Shariah Committee .

“Nobody — and I mean nobody outside a likely very small circle within ISIS — have any idea who their new leader ‘Abu Ibrahim al-Hashimi al-Qurayshi’ is,” Paul Cruickshank, editor of the CTC Sentinel at the Combating Terrorism Center, said in a tweet on Thursday. “The group has not yet released any meaningful biographical details which might allow analysts to pinpoint his identity."

Daniele Raineri, a journalist and analyst who has been studying the Islamic State’s leadership structure for more than a decade, said that ISIS leaders often acquire a new jihadist title with each new appointment, meaning Al-Qurayshi may have had a completely different name last week.

Colin P. Clarke, a senior fellow at the Soufan Center, a research organization in New York, Said “It shows that while the world is ready to pronounce the Islamic State dead and finished, the group’s core leadership continues to believe it can operate much as it has in the past”.

One supporter of Hayat Tahrir al-Sham, an anti-ISIS organization, has sarcastically commented on Telegram application: "An imaginary Shura Council appointed unknown caliph to rule by anonymous accounts on Telegram and Twitter , its spokesman may sit in New York or Abu Dhabi to control the brains of the gullible."

Abu Maria al-Qahtani, a leader in the commission, wrote a long leaflet on Telegram criticizing the "ignorant" rush of supporters of the organization to blind allegiance.

"An unknown spokesman announces the appointment of an unknown person as the new caliph," said another anti-ISIS jihadist , Faris Najd.