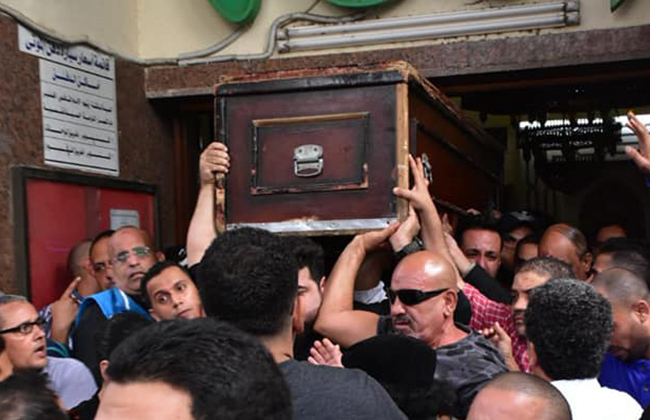 Social networking sites and tweets went viral mourning the Egyptian actor Haitham Ahmed Zaki, who died in the early hours of Thursday morning inside his home in the suburb of Sheikh Zayed, Giza.

The death of the young Egyptian artist came as a shock  to the users of social media in various Arab countries, and the tweeters launched a hashtag # Haitham_Ahmed_Zaki to express their sorrow for his early departure and got more than 30 thousand tweets.

The tweeters published pictures of Haytham's funeral, which was attended by a large crowd of people as well as a number of Egyptian artists.

The tweeters uploaded an old vidio from a television interview with Haitham Zaki talking about unity and its difficulty, especially after the loss of parents.

The lack of parents to receive the body of Haitham Zaki has aroused great sympathy from social media pioneers.
The tweeters expressed the difficulty of the phrase "there is no one of his family to receive his body," said by Ashraf Zaki ,president of Actors Union,  before the union received the body later.

In this context, Adham tweeted, expressing the difficulty of accepting this matter, which bleeds the heart.

Bothina Hakim described it as shocking the body.
Although there is no family, God has made millions of people  to have mercy on him. Lama said

The death of Haitham at the age of 35, the same age as his late mother added another sad demention to the story.
Nani Ismail wrote: "He died at the age of his mother and lived alone as his father."

Although the late artist was famous and rich, his grief for being alone after the death of his parents was obvious  in his television interviews.Ibrahim Osama said.
According to reports, the police found the body of Haitham Zaki in his home, and initial reasons indicate that he had a sharp drop in blood circulation.