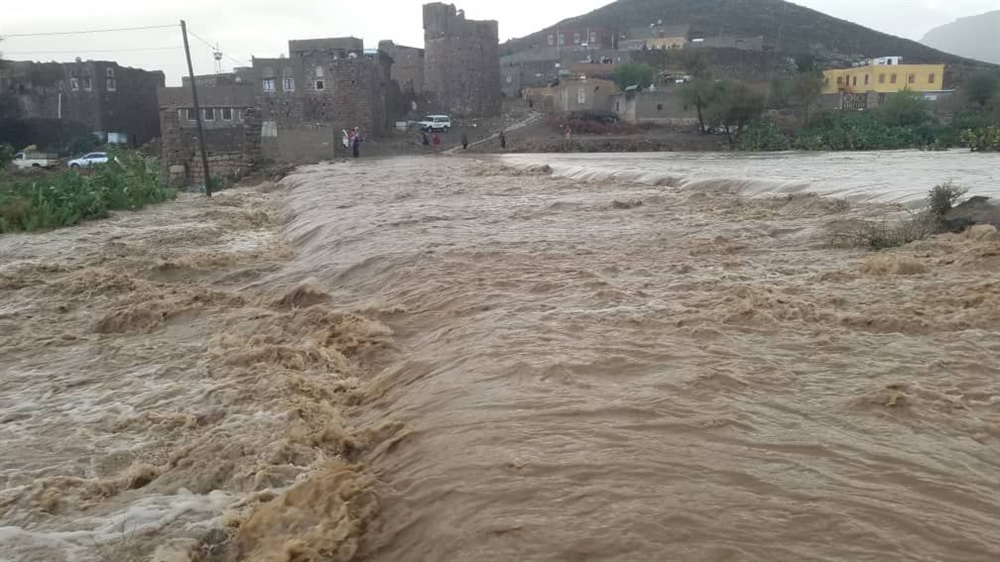 SANAA (Debriefer)--At least 10 people died and 6 others were injured after houses collapsed in heavy rains in Raymah province in west Yemen.
Heavy rains lashed the town of Al-Jabin, the city centre of Raymah, and the southern district of Al-Jafariyah, causing houses to collapse on people, a local official told Debriefer.
Floods have cut roads and damaged agricultural terraces, the official added.
Heavy rains have been lashing Yemen for two weeks. They have killed tens of people including children and women, left thousands, mostly IDPs, homeless, and damaged dams and agricultural lands, according to official statements.
On Wednesday, human rights organisations warned floods have deepened the suffering of the people and aggravated crises caused by the six-year war.
They attacked the internationally recognised government and the Houthi government for failing to address the impacts of the floods.