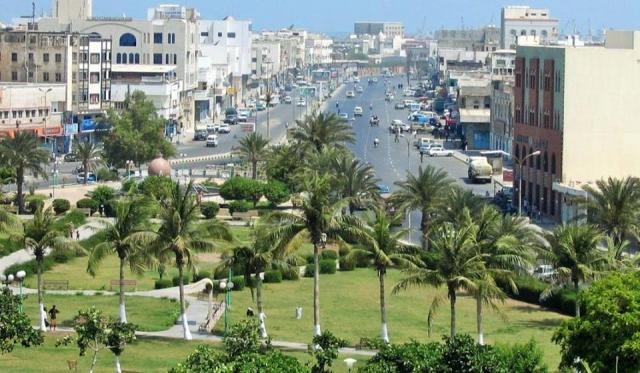 The situation in the Yemeni western governorate of Hodeida is still volatile, a source at the UN Mission for Hodeida Assistance said Saturday, despite the obvious decline in the reported incidents and the general rate of violence after the UN established five checkpoints late last October to monitor ceasefire in the strategic port city.

Escalation has greatly shrank on the ground since the erection of five monitoring centers along the frontlines of Hodeida city, the source told the Saudi Asharq Al-awsat.

However, he talked about "noticeable increase in reports about violent acts during last week."

The UN successfully established five checkpoints at frontlines in Hodeida last month to monitor ceasefire in the Red Sea city.

"The situation is still volatile, despite the obvious decline in the reported incidents and the general rate of violence after the establishment of the five checkpoints," the source said on condition of anonymity.

The UN mission continues to face logistic difficulties in delivering humanitarian assistance, along with the joint monitoring points, as the mission depends on the two parties' commitment to helping solve all pending logistic issues, he added.

For his part, a member of the official government media team said the "logistic difficulties are not new... Whenever pressures on them increase, the Houthis attempt to put obstacles to the UN."

The UN policies are "sober and diplomatic, even when they face obstacles," Baleegh al-Mikhlafi added. "Chair of the monitoring team has a technical task as he is governed by a ready pact, which he has to apply. Michael Lollesgaard was the only diplomatic [chair] whom was expected to achieve something, but his term ended before any achievement.

"The current general [Guha] apparently wants to exert international pressures on them [Houthis] to resume meetings and make slight, or even nominal, progress to maintain his post."

Last Saturday, head of the UN-missioned Redeployment Coordination Committee (RCC) General Abhijit Guha said in a statement the warring parties in Hodeida mobilized their forces and erected new fortifications in the few past days, in conflict to ceasefire deals.

The UN general called the internationally-recognized government and Houthi rebels to stop any acts in contrast to Stockholm Agreement.

On Monday, a military spokesman for the official government accused the RCC chair of being "blatantly biased with the Houthi group, treating the victim and executioner equally," following Guha's statement.

On Wednesday, the RCC chair said all efforts were exerted to contribute to establishing peace and security in the Yemeni western port city of Hodeida.

At meeting with officials in the Yemeni legitimate government, Guha added that he is keen to make progress in peace process and applying the Hodeida pact so as to secure free movement for civilians and relief conveys and to prevent all types of escalation.