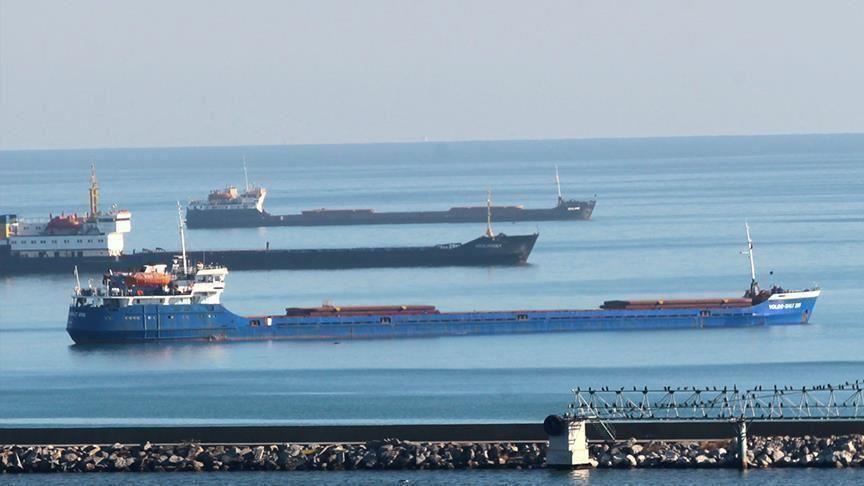 South Korea confirmed Tuesday that the Houthi group (Ansar Allah) has detained three ships, including two Korean ships and two Korean citizens, near the island of Kamran in Yemen.

South Korea's Foreign Ministry said that sixteen people were on board, and two of them were Korean.

The ministry said in a statement that the three ships are currently anchored at the port of Salif in Hodeida province in western Yemen.

South Korean officials said the hijacking of the three ships took place about 15 miles west of the Yemeni island of Kamran.

According to Yonhap News, the officials confirmed that the crew of the ships were in good condition.

They said the two Koreans were aboard a cavity boat and a drill belonging to South Korea's Longjin Development Company.

On Monday evening, the Houthi group acknowledged the detention of three ships, one of them Saudi, in the Red Sea for allegedly "breaching" Yemen's territorial waters.

The Houthi-controlled Coast Guard said a patrol seized three ships, one of them Saudi, called "Rabigh 3". The ships were about three miles from the Yemeni island of Aqaban.

The statement claimed that "they were called on the international channel 16 by the Yemeni Coast Guard and the crew of the seized families did not respond in clear defiance of all international maritime laws and a violation of Yemeni sovereignty."

The statement pointed out that the ships were taken to the wharf and take legal steps and communication with the concerned authorities.

The coalition, which supports the internationally recognized Yemeni government, on Monday accused the Houthi group Ansar Allah of hijacking a naval ship that was towing a South Korean rig in the southern Red Sea.

Coalition spokesman Turki al-Maliki said gunmen from the Houthi group hijacked the ship and the tugboat Rabigh 3 late on Sunday.

According to the Saudi Press Agency (SPA), Maliki considered the kidnapping incident as a real threat to freedom of international shipping and international trade and a criminal precedent against the security of the Strait of Bab al-Mandab and the South Red Sea.

Al-Maliki said that the Houthis are responsible under international law for the safety of the multinational locomotive crew.