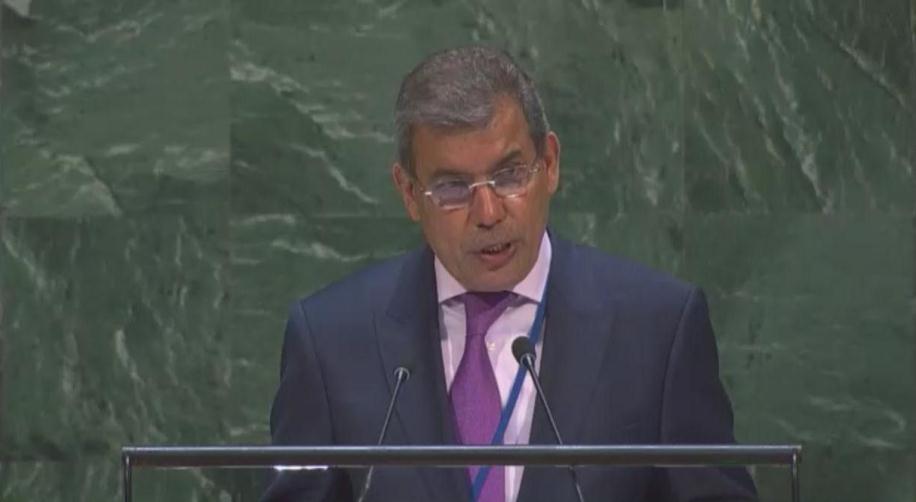 The Yemen envoy for the United Nations on Thursday accused the Houthi group of recruiting more than 30,000 children and sending them to fighting against the internationally-recognized government, and called the international community to help limit conflict impacts on children.

Houthis have exploited the hard conditions lived by Yemeni households to recruit their children and send them to fighting fronts, Ambassador Abdullah al-Sa'adi added to the 30th anniversary of the Convention on the Rights of the Child at the UN Headquarters in New York.

Following their coup against the legitimacy, the rebels have "made children the community's weakest ring .. turned schools into military barracks, changed school curricula, rooted sectarian concepts in areas under their control, and brainwashed children into extremist thoughts," he claimed.

The Yemeni government "seeks to take all measures to rehabilitate and reintegrate war-affected children, with support from the KSRelief center, and return them to their families through the International Committee for Red Cross."

The Yemeni envoy called the international community to keep supporting these efforts in order to reduce conflict effects on children.

Separately, a Yemeni NGO has said the Houthi group sees children only as "fuel for the war it is daily fighting against the land and humans."

In cooperation with 13 international groups, the Yemeni Network for Rights and Freedoms (YNRF) documented 65,971 violations committed by Houthis against childhood in 17 Yemeni governorates from 1 January 2015 to 30 August 2019, the NGO added in a statement on the Child Day.

Houthis have recruited 12,341 children for fighting fronts, displaced 43,608 children and kidnapped 456 children who are still detained in the group's jails, the statement read.

YNRF accused the rebels of directly killing 3,888 children, injuring 5,357 and causing perpetual disabilities for 164 others.

Last Monday, the UNICEF said "over 12 million-nearly every child- in Yemeni is in need of urgent humanitarian assistance."