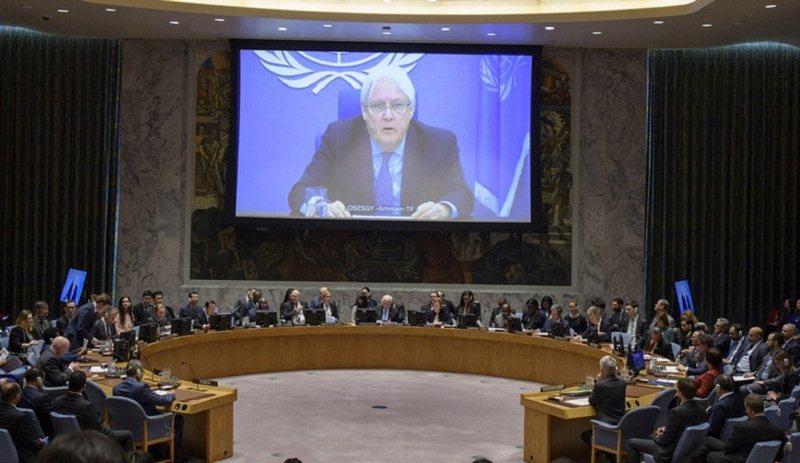 The UN special envoy for Yemen is set Friday to brief the UN Security Council on Yemen.

In his update, the UN envoy is expected to talk about the latest developments pertaining to Stockholm Agreement application - particularly in terms of the Yemeni western port city of Hodeida, steps recently taken to alleviate tensions and the erection of posts to monitor ceasefire - and the Riyadh Agreement signed on 5 November between the Yemeni internationally-recognized government and the UAE-backed Southern Transitional Council (STC).

The UN envoy for Yemen is seeking to launch all-inclusive negotiations between parties to the 4.5-year war next month or early next year, political sources said on November 3.