Maeen Abdulmalik: We faced humanitarian crisis by paying salaries even in Houthi areas 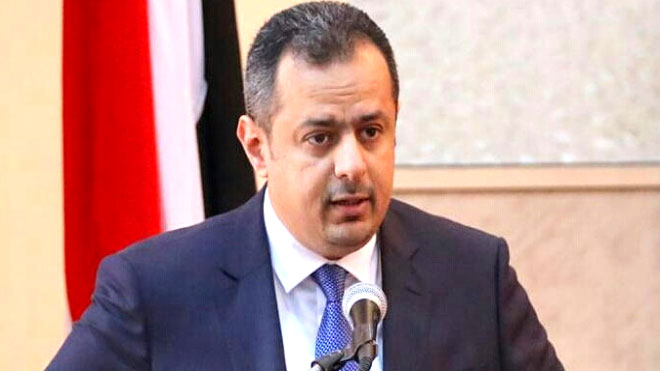 The head of the internationally recognized Yemeni government said on Friday that his government is aware that "confronting the humanitarian crisis by confining itself to relief aid and relief no matter how the flow continues is not a real solution, but it is useful to be an emergency solution until we find a solution to the roots and causes of this humanitarian crisis."

"From this perspective, the government considered that the first and effective step to reduce this crisis is to pay the salaries of employees," he said.

He added: "Our commitment in the government to pay salaries is full and only clashes with the scarcity of state resources and the control of the coupers on a large part of those resources. "

He pointed out that "this commitment was reflected in the performance of the government since the first day, in addition to paying the salaries of all civil, military and security sectors in the liberated areas."

Abdulmalik said: "We worked in the previous period to cover the health sector completely in all of Yemen (including 23 thousand employees in the areas under the control of the Houthi rebels)."

He continued: "The government is paying the salaries of professors and employees of all universities and some research centers in the areas under the control of the Houthis" within the limits of 11 thousand employees. "

He also confirmed that his government paid "the salaries of all employees of the province of Hodeidah, which is under the control of the coup by nearly" 32 thousand employees.