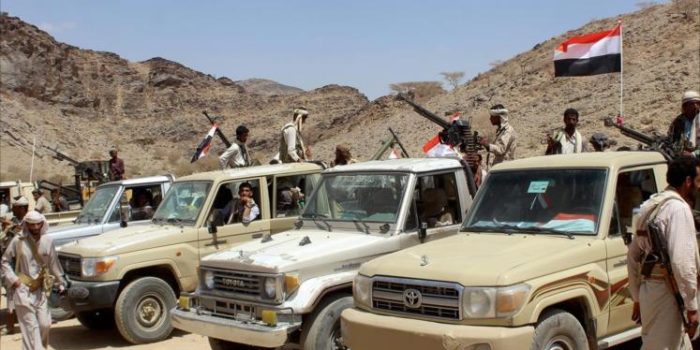 Amid battles killing civilians and destroying their houses, warring parties in Hodeida and the Yemeni western coast in general have tirelessly traded blames for shelling, escalation and escalation.

The pro-government Giant Brigades have killed scores of Houthi fighters, the coalition-backed forces said Monday, after fending off attacks by the rebels in Tohaita district in Hodeida.

But according to the Houthi account, a citizen has been killed and another injured in coalition bombing on the district, in addition to the destruction of houses in Doraihimi, another district of Hodeida.

Both parties have traded blames for escalation, shelling residential houses and killing civilians in Hodeida districts, Tohaita and Doraihimi in particular.

Parties to the 4.5-year war in Yemen, after 8-day peace talks in Sweden, reached on 13 December 2018 an agreement providing for ceasefire in Hodeida and redeployment of both sides' forces, exchanging prisoners and alleviating blockade imposed by Houthis on Taiz.

But none of this has taken place so far, with the deal approaching his first year.

Chair of the Hodeida Redeployment Coordination Committee, General Abhijit Guha, has recently blamed both parties for military mobilization and escalation in the Red Sea city.

The Houthi "militias have no intention to make peace," spokesman for the pro-government joint forces has said. "All what they are concerned about is Iran's interest, as clearly proved by the ship recently seized with weapons onboard."

The UN and its special envoy for Yemen are responsible for the stalled application of Stockholm Agreement, Wadhah al-Dobaish added.

The UN and Houthis are now in dilemma, he claimed, as the "joint forces are boxing the Houthis into a corner; they have only to apply Stockholm Agreement or we'll apply it by our rifles… The joint forces can liberate Hodeida in a swift battle."

The rebels accused the coalition, backing the legitimate government, of "committing awful crimes against citizens, amid shameful silence by the international community and humanitarian groups."

The Houthis have repeatedly announced unilateral redeployment in Hodeida ports.

It seems that the humanitarian tragedy lived by Hodeida districts is but a means used by parties for propaganda, with the high price of the war – civilian deaths including children, broad destruction and epidemics – paid only by humans.