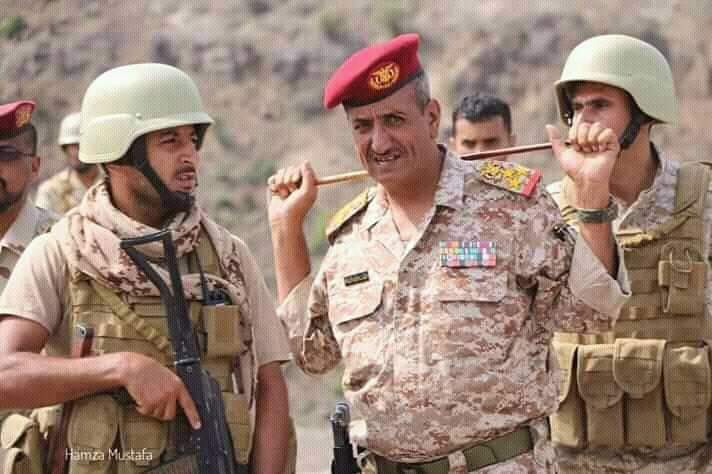 Two days later, it will be half a month after the assassination of the commander of the 35th Armored Brigade, Brigadier General Adnan Al-Hammadi, without real results on the circumstances of the crime.

Many residents of Taiz governorate, southwest of Yemen, are very concerned about the delay in revealing the circumstances of the assassination of a senior military commander, such as Al-Hammadi.

And mass demonstrations took place on Saturday morning in the directorates of Al-Turba, Ma’afer and Al-Mawasit, ahead towards the headquarters of the 35th Armored Brigade, to demand the speedy detection of the assassins of Brigadier Al-Hammadi.

Local sources said that verbal altercations occurred between the presidential commission in charge of the Al Hammadi case and a number of demonstrators. The committee's guard was forced to fire shots to disperse the demonstrators.

The sources confirmed that the Presidential Committee left its headquarters in the Al-Ain district of Al-Ma’afer District, on Saturday evening, under the pretext that it was exposed to pressure and attacks by gunmen.

The demonstrations have not stopped since the assassination of Al Hammadi to demand a neutral and impartial investigation commission, and also to promptly complete the investigation and uncover the circumstances of the crime.

Political parties inside Taiz trade accusations of being behind the assassination of Al-Hammadi.

While the tension between these parties and their supporters increases to a worrying extent and warns of a volatile situation militarily, the file of the assassination of al-Hammadi registered against an unknown, what disproportionately to military commander who was killed inside his house in broad daylight, then entered into the darkness of the rumors and the surprising procrastination.