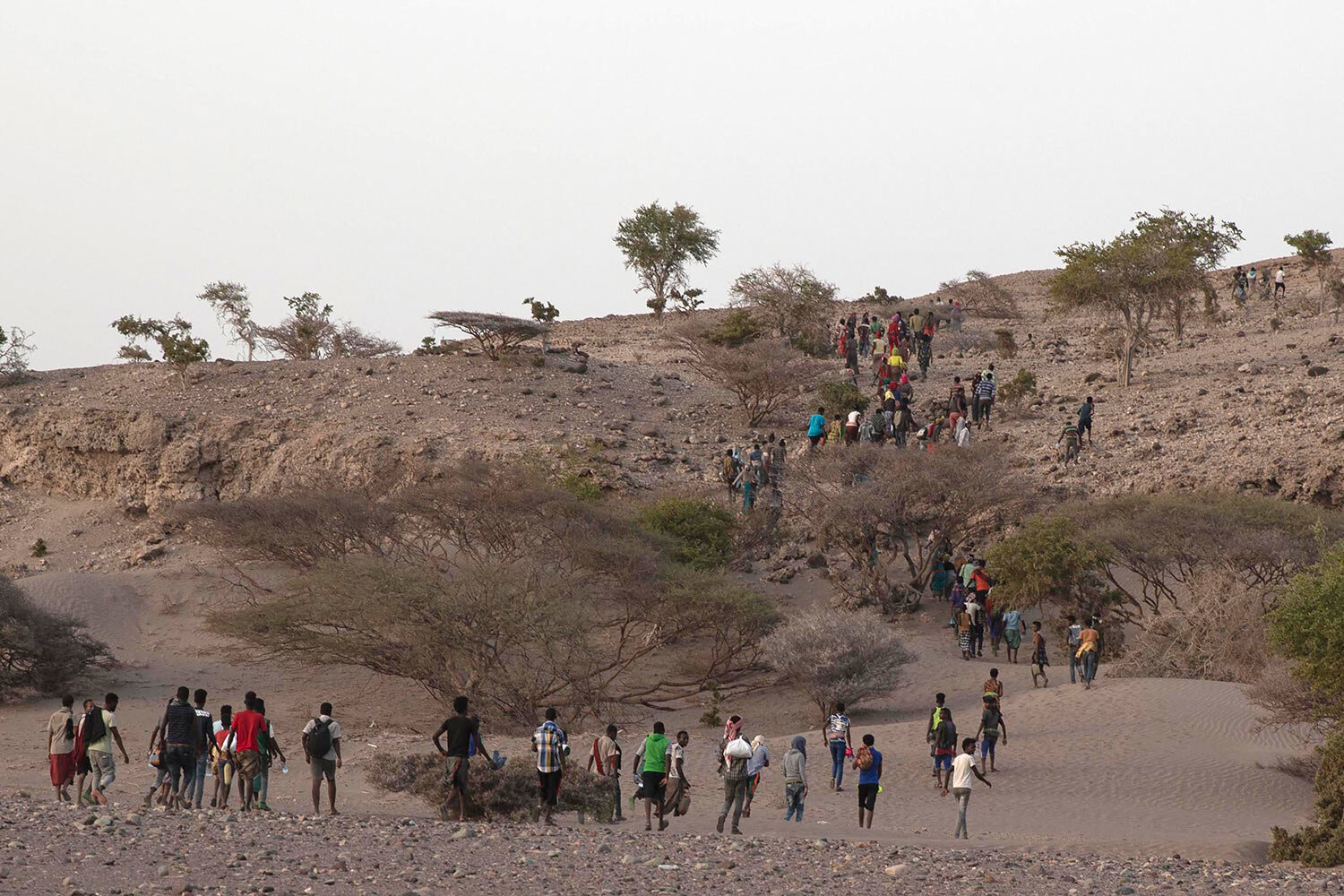 It is maybe a rare paradox that Yemen, a country experiencing tragic conditions following the war over power between the internationally-recognized government and Houthi rebels, receives tens of thousands of African migrants.

Since the beginning of this year, Yemen has hosted about 120,000 migrants from the African horn, according to the United Nations.

Despite the persistent war and escalating humanitarian crisis in the country, 2019 has seen a great increase in the number of asylum seekers, refugees and migrants arriving from eastern Africa to Yemen, the UN Humanitarian Coordinator's office in Yemen has said in a report.

Some 120, 680 migrants have entered Yemen since the beginning of this year, the report read.

Al Thabit, Raqu and Qar areas in Monabih district of the north governorate of Sa'ada serve as the three main transit points for migrants from Yemen to Saudi Arabia.

It is estimated that as much as 270,000 African refugees are living in Yemen, most of them are Ethiopian and Somali nationals.

But, why do they select Yemen and not elsewhere?

Yemen is the shortest and easiest routes for African migrants to reach Arab Gulf states, particularly Saudi Arabia because of the broad borders with Yemen.

Hard economic conditions suffered by some African countries push thousands to choose Yemen for their migration to Gulf states, in search of a new life opportunity deserving the risk.

In this course, illegal migrants take rugged routes and risky deserts through Djibouti to Somalia before getting onboard, the International Organization for Migration (IOM) said last June in a release.

The migrants are maltreated, blackmailed, raped and killed, first in Somalia and then in Yemen, according to IOM.

Every month, more than 7,000 poor migrants take this dangerous journey, which was undergone by 100,000 people last year, the UN agency added.

Sharing borders with Saudi Arabia and Oman, African migrants see Yemen as their gateway to Gulf states, but even to Europe.

Before the war, Yemen did not impose big restrictions on African migrants, many of whom got different jobs and some were settled in this country by the UNHCR and received monthly payments.

Since late April, 5,000 African illegal migrants have been arrested in three sites: two football grounds in Aden and Abyan and a military camp in Lahj, international rights reports have said.

The reports talked then about tragic conditions lived by migrants, who were given one slight meal in the absence of sanitation and suitable accommodation, making them suffer diseases and epidemics and, in some cases, die.

Human Rights Watch accused officials at Yemeni government in Aden of committing violations against African migrants, including arbitrary detention, torture and rape of women and children