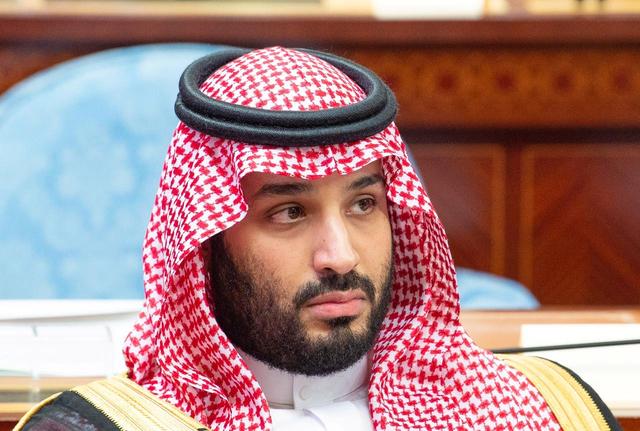 Saudi foreign policies are undergoing changes, the New York Times sees, as Saudi leaders try a new strategy of talks with rivals in the absence of US security guarantees.

In the months since a missile and drone attack widely seen as the work of Iran left two Saudi oil facilities smoldering, the Saudi crown prince has taken an uncharacteristic turn to diplomacy to cool tensions with his regional enemies, the NYT said Friday.

The prince, Mohamed Bin Salman, has stepped up direct talks with the rebels he has been fighting in Yemen for over four years, leading to a decline in attack by both sides.

He has made gestures to ease, if not end, the stifling blockade he and his allies imposed on his tiny, wealthy neighbor, Qatar.

He has even engaged in indirect talks with the kingdom's archenemies, Iran, to try to dampen the shadow war raging across the region.

Fueling the shift from confrontation to negotiation, analysts say, is the sobering realization that a decades-old cornerstone of American policy in the Middle East – the understanding that the United States would defend the Saudi oil industry from foreign attacks – can no longer be taken for granted.

Even though American and Saudi officials agreed that Iran was behind the Sept. 14 attacks on the petroleum processing plants at Abqaiq and Khurais, temporarily halving Saudi Arabia's oil production, President Trump responded with heated rhetoric but little else.

For the Saudis, the tepid response drove home the reality that despite the tens of billions of dollars they have spent on American weapons – more than $170 billion since 1973 – they could no longer count on the United States to come to their aid, at least not with the force they expected.

"I think we will look at Sept. 14 as a seminal moment in gulf history," David B. Roberts, a scholar of the region at King's College London, told the NYT. With the presumption shattered that the United States would protect the Saudis, Dr. Roberts said, "they realize the need to be more accommodating."

For the United States, the shift toward diplomacy is an awkward paradox. The Trump administration and Congress have been pressing the Saudis to end the war in Yemen, and the administration has pushed them to reconcile with Qatar, largely in vain.

Now, the presumed Iranian strikes may have done more to advance those goals than American pressure ever did.

The war in Yemen settled into a costly stalemate with the side effect of a devastating humanitarian crisis, while Qatar employed its vast wealth and other international relationships to weather the blockade. Then the refinery attacks highlighted the vulnerability of the Saudi oil industry, the country's economic jewel.

Those events led to what Rob Malley, a top official for the Middle East in the Obama administration, describes as "semi-recalibration" of Saudi policies. The sudden willingness to pursue diplomacy in Qatar and Yemen, he said, "reflects a Saudi desire to solidify its regional posture at a time of uncertainty and vulnerability."

Analysts saw the lack of significant American response to the attacks as a blow to the policy known as the Carter doctrine, which dates to 1980, when President Jimmy Carter vowed to use force to ensure the free flow of oil from the Persian Gulf after the Islamic Revolution in Iran and the Soviet invasion of Afghanistan.

Subsequent presidents, Democrats and Republicans, upheld it, seeing Saudi oil exports as essential to the global economy and America's interests.

"For as long as I have been working on the Middle East, that's why we were there: to protect the free flow of oil," said Steven Cook, a scholar at the Council on Foreign Relations, referring to a period dating to 1980s.

"What the Saudis didn't understand," Dr. Cook said, "was that Donald Trump is a lot closer to Barack Obama's worldview than they realized. It's about getting out of the Middle East."

While anger spread in Congress and other parts of the government, Mr. Trump continued to support the kingdom as an important Arab ally and a reliable buyer of American arms. But as a presidential election looms, the Saudis realize that Mr. Trump could find that position to be a liability with voters, and a new president could take an entirely different approach.