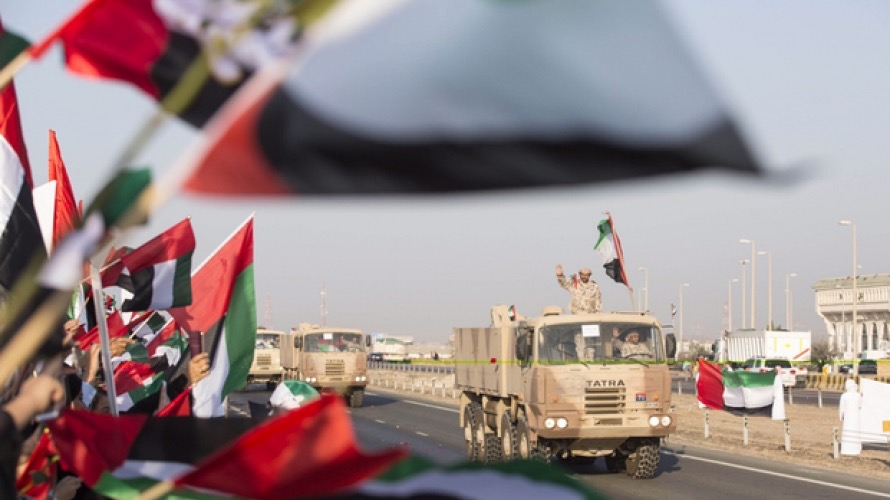 William D. Hartung is director of the Arms and Security Program at the Center for International Policy.

Recent reports that the Trump administration is planning to sell advanced combat aircraft and armed drones to the United Arab Emirates should prompt a clear-eyed assessment of the security relationship between our two nations. Quite simply, this is no time to be selling weapons to the UAE.

Advocates of the sale have cited the UAE’s recent recognition of Israel and its role as a potential ally against Iran to justify the deals. Neither of these rationales hold up to scrutiny.

Israeli government officials, including Prime Minister Benjamin Netanyahu, have made clear that they do not see the UAE accord as a reason to supply that regime with F-35 aircraft, for fear that doing so would undermine Israel’s military edge in the region. More importantly, the UAE’s conduct in the Middle East and North Africa should disqualify it from receiving U.S. weaponry.

Despite questionable and dangerous moves on both the foreign and domestic fronts, the UAE has largely escaped the kinds of criticism leveled against its Gulf ally, Saudi Arabia. That needs to change.

Although it has withdrawn most of its combat troops from Yemen, the UAE remains a member of the Saudi-led coalition in Yemen that has killed thousands of civilians in indiscriminate air strikes while provoking an unprecedented humanitarian crisis that has left more than 100,000 people dead and put millions more on the brink of famine. The UAE served as the backbone of the coalition’s ground war in Yemen and was involved with allied Yemeni militias in running a series of secret torture facilities there. It continues to arm, train and pay the salaries of militias that have engaged in systematic human rights abuses. The United States should refrain from selling the UAE arms of any kind until it stops stoking the conflict in Yemen and enters into a peace agreement to end the war.

There are other reasons to think twice about helping to stock the Emirati arsenal. The UAE has proved to be an unreliable steward of U.S.-supplied weaponry. In Yemen, U.S.-origin armored vehicles and small arms provided to UAE forces have ended up in the hands of extremist militias, and even with the Houthi opposition, in contravention of U.S. regulations. So far, the UAE has suffered no consequences for this irresponsible behavior. And in Libya, the UAE has been violating a United Nations embargo to supply arms to Khalifa Hifter’s forces, who have killed large numbers of civilians in their effort to overthrow the internationally-recognized government there.

The UAE’s internal human rights record is also cause for serious concern. The regime does not tolerate criticism of any sort. As Human Rights Watch has noted: “UAE residents who have spoken about human rights issues are at serious risk of arbitrary detention, imprisonment, and torture. Many are serving long prison terms or have left the country under pressure.” The organization has also reported that forced labor of immigrant workers remains an issue, and that UAE law restricts the rights of women to work outside the home and does not outlaw domestic violence. Dissidents who have left the country and their families have faced harassment, intimidation and surveillance by the UAE government’s security apparatus.

Taken together, the UAE’s pattern of reckless and illegal foreign adventures and internal repression should disqualify it from receiving U.S. weaponry at this time. Not only might the weapons be misused, but sales of advanced systems will also represent an endorsement of the regime’s conduct.

If the Trump administration does move forward with its plans, it is up to Congress to take action to block the deals, as it has done in the case of bomb sales to the Saudi-led coalition in Yemen. Although those actions were vetoed by President Trump, they nonetheless sent a strong signal that repressive conduct by the United States’ Gulf allies will not receive a blank check going forward — especially if a new administration takes charge in January. Blocking new arms sales to the UAE would make that message even clearer.