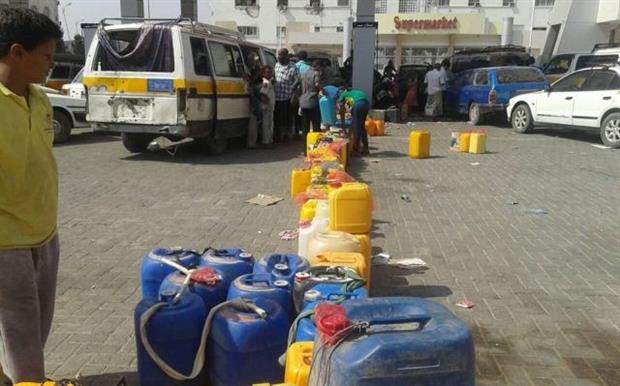 The economic committee in the Yemen's internationally recognized government accused on Monday the Houthi group (Ansar Allah) of fabricating a fuel crisis in the areas under its control with the aim of revitalizing the "black market" and enriching themselves from behind.

The committee said in a statement that "the financial returns of the black market were used to finance the Houthi war against civilians,".

"The Houthi group (Ansar Allah) was able to obtain huge funds from the black markets that control the sale movement in them.", it noted.

The committee stressed that "the quantities of fuel imported during the last four months cover the consumption process until mid-March."

The committee noted that "60% of the fuel arrived in Yemen through the port of Hodeidah."

"fuel revenues amounted to 52 billion riyals, including 27 billion deposited in a temporary account in the branch of the Central Bank in Hodeidah under the supervision of the United Nations, in order to allocate them to pay salaries of employees in the areas of Houthi control.", said the committee.