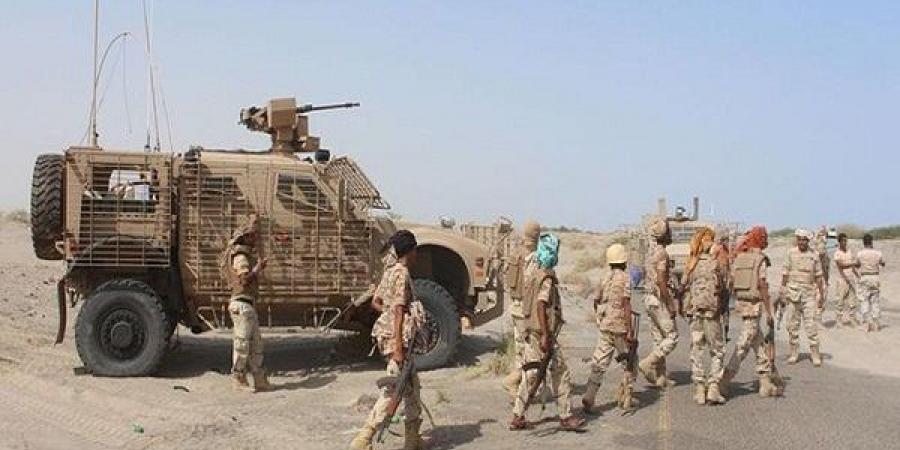 The violent repression in which the Saudi authorities deal with the Yemeni recruits has been repeated, unconcerned about the deaths and injuries on their ranks.

While the Yemen's internationally recognized government does not care, Saudi forces have dealt a severe blow to Yemeni recruits at the Kotaf border crossing, and there is no consolation for those recruits whose poverty forced them to accept that it is a fuel for a battle concerning Saudi Arabia and its borders.

On Wednesday evening, Yemeni military sources revealed that Yemeni recruits within the Saudi military brigade in Saada governorate, northwest of Yemen, were subjected to violent suppression with live bullets after they announced their revolt from the Saudi leadership of the camp to quell their revolt.

The sources confirmed that dozens of Yemeni recruits were killed or wounded.

The newspaper "Al-Quds Al-Arabi" quoted a military source as saying, "The reason for the rebellion of the Yemeni recruits against the Saudi leadership is due to the inefficient and unprofessional military leadership of the Al-Fateh Brigade camp of the Saudi authorities, where the Yemeni pro-Saudi Sheikh Salafi camp, Radad al-Hashemi, was led. The lives of more than three thousand Yemeni soldiers, as well as prisoners of war and missing, when he led them to an open battle in the Kotaf valley in Saada governorate last August in front of the Houthi militants, who tightened the screws and annihilated so many soldiers.

The source indicated that the Saudi authorities "did not bother with Al-Hashemi's massive military failure, due to his loss of military qualifications, and his return to the leadership of the same camp and continued his financial and military support to recruit more Yemeni youth who were compelled by the need and difficult living conditions as a result of the current war to engage in this camp in exchange for Limited salary in Saudi currency. "

According to the source, "The reasons for the rebellion of the Yemeni recruits are due to their rejection of the policy pursued by al-Hashemi, as he does not care about the lives of the recruits and does not observe the conditions of their occupational safety, which means the recurrence of being sent to the Holocaust without any consideration for their life or safety."

The Yemeni website "Al-Masdar Online" quoted a source from inside the camp as saying, "Radad Al-Hashemi directed the suppression of the protesters, who he described as the rebels. Clashes resulted in the killing of 7 soldiers and the injury of dozens of others."

The source pointed out that "about 300 soldiers who were claiming their rights and who reject the practices of the leader of the camp close to Saudi Arabia, who were accused of being behind the setback of last August, in which hundreds of members of the brigade were killed and wounded, were arrested by a Houthi operation."

The source pointed out that "the leadership of the Al-Fateh brigade directed to suppress the protesting recruits, which arrested hundreds of conscripts and were transferred to military prisons inside Saudi lands after fabricating accusations against them such as the rebels and saboteurs to justify their arrests, after facing the protests with an armed suppression process during which dozens of dead and wounded." .

The protests did not stop until after Saudi forces intervened to address the problem that resulted in this military rebellion.

The command of the Kotaf Axis said in an official statement: "Thanks to the military leadership and the support of the Arab coalition, the fire of sedition has been put out, which some of the weak souls, hired and driven from suspicious parties tried to ignite in the Kotaf axis during the past 72 hours."