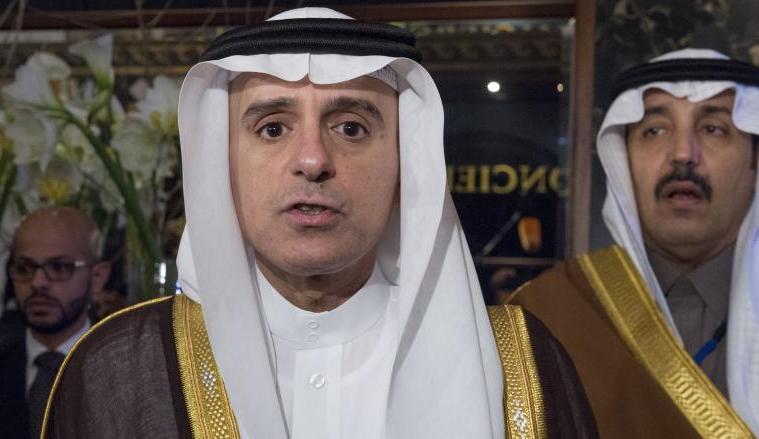 The Saudi Minister of State for Foreign Affairs, Adel Al-Jubeir, said on Tuesday that the Houthi group (Ansar Allah) launched 300 missiles and 100 drones towards Saudi territory.

Al-Jubeir did not address in his speech before the Foreign Relations Committee in the European Parliament, in Brussels, the losses resulting from the saudi attacks on Houthis, since March 2015 as the Kingdom leading an Arab-military coalition to support the Yemeni President Abdrabbuh Mansour Hadi and his internationally recognized government in its war against the Iranian-backed Houthi group.

The Saudi minister reiterated that "the kingdom did not start the war in Yemen, but rather Houthi was the one who did this."

Al-Jubeir accused the Houthi group of "committing crimes against the Yemeni people."