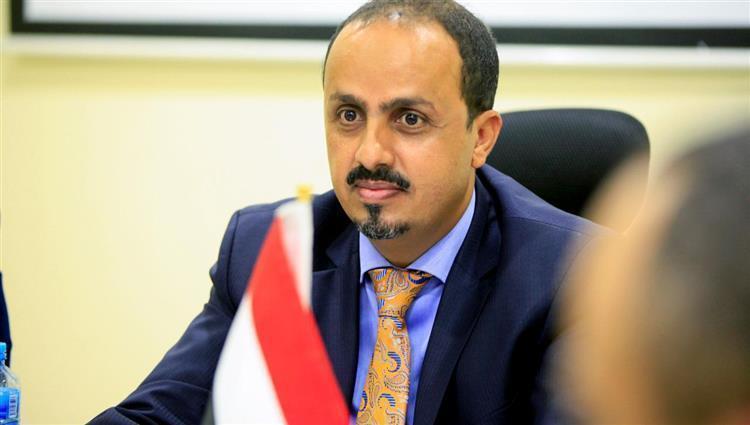 The Houthi military escalation has destroyed all efforts for political settlement to end the Yemeni crisis, information minister of the Yemeni internationally-recognized government said Sunday, warning that the government's patience would not last.
"The military escalation by the Iranian-backed Houthis coinciding with regional developments, mostly the killing of Qasim Soleimani and the Iranian regime's escalated terrorist acts in the region, blow up all accords with the group, including the Sweden pact," Moammar al-Eryani added.
Thus, efforts for political course to make peace in Yemen are brought back to zero point, the minister warned in a statement on Twitter.
For more than one year, the Houthi rebels have fulfilled none of their commitments under the Stockholm Agreement, he claimed, dubbing the Hodeida ceasefire as fragile.
"No progress has either been made in the humanitarian situation, prisoner swap file and blockade on Taiz," Eryani said, accusing the group of exploiting the post-pact period in "making up for its human losses, repositioning its ranks and preparing for new round of escalation."
"The Houthi group has reaffirmed that it has no convention," calling the international community and the UN especial envoy for Yemen to "be aware that the government's patience with these practices will not last.
"The military escalation by Iran's mercenaries in many frontlines has resulted from overlooking and failing to deal seriously and decisively with their terrorist violations and crimes against Yemenis," according to his statement.
The minister said the Yemeni people and army "are able to confront the Iranian project and its Houthi arm, defend the homeland, protect its gains at top of which the revolution and republic, and to liberate all the other lands held by Houthis."