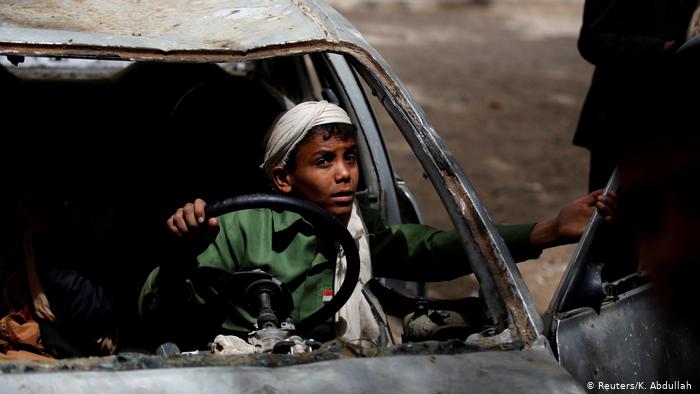 The Houthis have handed 64 children to their ministry of social affairs and the UNICEF, the group said Monday, accusing the Saudi-led Arab coalition of recruiting them in Yemen.
These children have been captured by the Houthi forces, and many of them "were recruited to defend Saudi borders," the group-run al-Masyra TV quoted head of Houthi prisoner committee as saying.
"The child prisoners we hand to the [ministry of] social affairs and the UNICEF are vivid evidence against the party that recruits children," Abdul Kader al-Murtadha added.
The Houthi official accused the internationally-recognized government of persistently recruiting children and sending many of them to fighting fronts at borders.
"Saudi Arabia, the United Arab Emirates and their mercenaries are responsible for the sin of recruiting thousands of Yemeni children and the sin of those children killed or captured," he said.
These children will undergo 2-month rehabilitation program, before being reunited with their families.
For his part, protection officer at the UNICEF hailed the Houthi step, re-calling for children to not be pushed into fighting, according to al-Masyra TV.
The UNICEF has developed a psychological-support plan to rehabilitate the released child prisoners and reintegrate them into education and community, Ibrahim Shig added, assuring that the children were in good health.