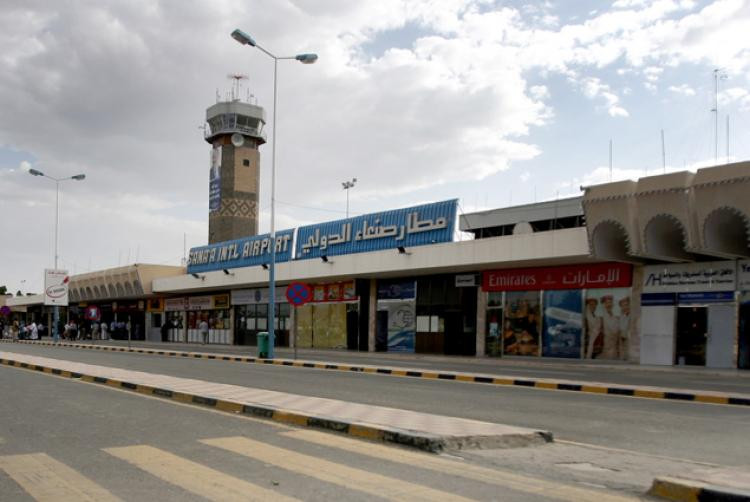 Flights to airlift patients from the Houthi-held Sana'a airport for treatment abroad will begin early next February, the Saudi-led coalition backing the legitimate government in Yemen said late Monday.
In cooperation with the World Health Organization (WHO), the coalition joint forces' command will launch evacuation air bridge from Yemen to Egypt and Jordan, coalition spokesman said in a statement.
These mercy flights come as part of "humanitarian, relief efforts and in support of the brethren Yemeni people to alleviate suffering" of patients with difficult illnesses, Colonel Tuki al-Maliki added.
Starting from next February, direct flights will be run from Sana'a to Cairo and Amman, the Yemeni internationally-recognized government's foreign ministry said.
"This humane step aims to alleviate suffering of citizens who cannot afford the hardship of travel by land to the Republic's other ports, after the Houthis refused the government's repeated initiative to operate Sana'a airport for domestic flights," it added in a release carried by the Riyadh-based Saba.
The foreign ministry thanked the coalition command, Egyptian government and Jordanian Kingdom for cooperation to achieve this goal, appreciating the efforts exerted by the UN especial envoy to Yemen and the WHO for facilitating these flights.
Last Tuesday, the Houthi group said the first humanitarian flight was expected to depart the Yemeni airport of Sana'a early next February, blaming the Saudi-led coalition's "political motives" for the delayed commencement of the medical bridge.
"The first flight is expected to be launched on the 3rd of next February, as the WHO stated," head of the Houthi-appointed medical bridge committee said. But "we cannot confirm the organization's commitment to meeting its promises, in terms of the flight date."
"The organization, however, has recently informed us that only 30 patients and 30 attendants would be transported in the first flight," Mutahar Derweesh added.
The Saudi-led coalition has been imposing blockade on commercial navigation to and fro Sana'a airport since early August 2016, allowing only for UN and humanitarian groups' flights.
Yemenis from northern and western provinces, who want to travel abroad, have to take up to 15 hours in land trip to the city of Aden or Seyoun in Hadhramout where the airports provide limited flights abroad.
The UN and WHO have for the tenth time disavowed from operating the medical trips abroad via Sana'a airport, Houthi health minister said last October.