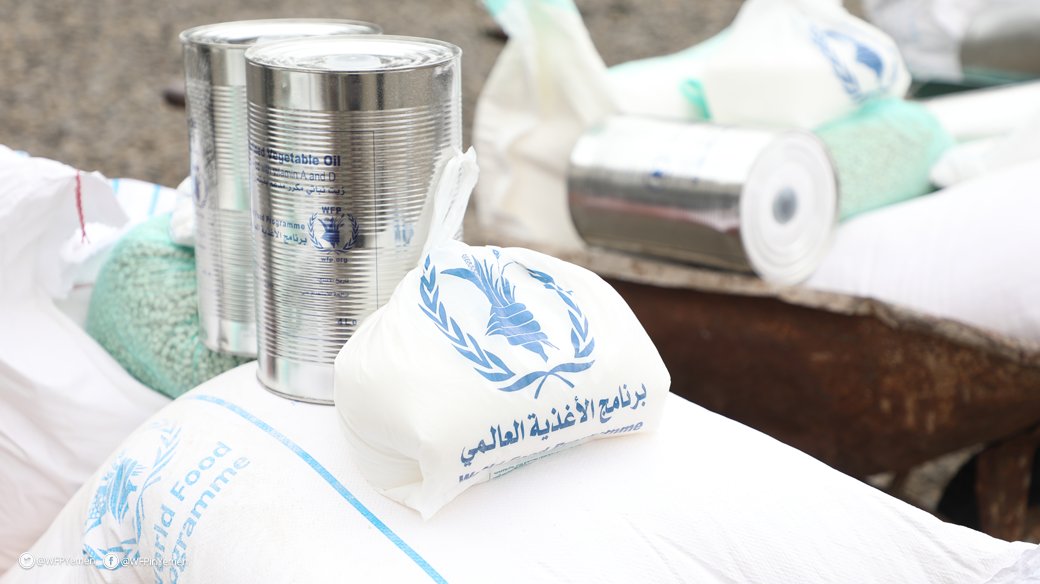 The World Food Program's warehouses have been looted by gunmen in the Yemeni Houthi-held northwestern governorate of Hajjah, the WFP said Monday.
An armed group stormed one of the WFP's stores in Hajjah on Sunday and took 127.5 tons of food assistances, the UN agency added on Facebook.
The Program absolutely condemns these interferences in its humanitarian operations in Yemen, and asks to be allowed to deliver needed food assistances to the most needy families according to international humanitarian principles.
No details have been given by the WFP on the armed group or its identity.
In May 2019, the Program accused the Houthi group of "stealing the food from the mouths of hungry Yemeni children," after the rebels were found to loot 33% of assistances allocated for needy people supported by WFP.
In her briefing to the UNSC last November, Assistant-Secretary-General for Humanitarian Affairs said "humanitarian access remained an enormous challenge as Ansar Allah continued to enforce restrictions that hinder assistance for millions of people."
"All types of humanitarian movement and half of all civil society projects in areas under Houthi control are blocked or delayed," with the group unjustifiably expelling agencies' personnel, Ursula Mueller, also Deputy Emergency Relief Coordinator, added.
She reported an "alarming increase in violence and harassment targeting humanitarian workers, including several cases of relief supplies being looted and humanitarian facilities occupied. These serious issues have been reportedly raised with Ansar Allah expressing hope that they will change the course."
Yemen has been racked by a 4.8-year bloody conflict between the internationally-recognized Yemeni government's forces, backed by a Saudi-led coalition, and the Iranian-backed Houthi rebels who ousted the government in 2014.
The conflict has triggered what the UN calls the world's worst humanitarian crisis, with most of the population in need for a type of humanitarian aid and immediate protection, including 14 million people risking famine and some 1.8 million children suffering malnutrition.