Generous Emirati funding for chaos in Yemen, Saudi Arabia does not care about complaints of legitimate gov`t 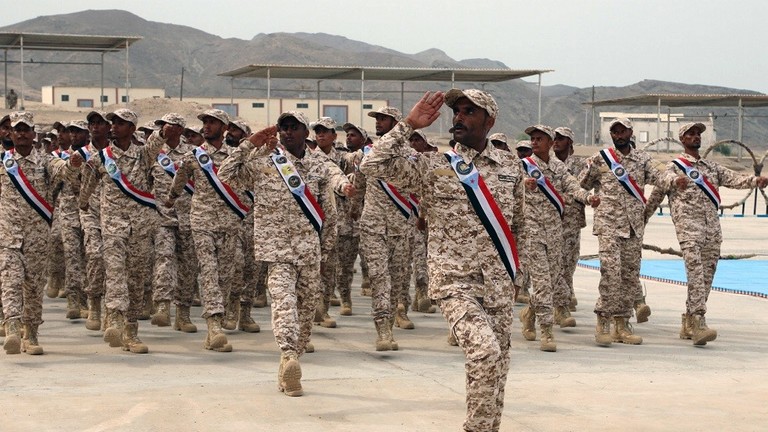 The UAE intends to perpetuate its bad presence in Yemen by funding chaos through alternative entities of state institutions, especially security and military.

Although it announced its withdrawal from Yemen last August, the entities that the UAE has planted within the governorates under the control of the Arab coalition and the internationally recognized Yemeni government in the southern Yemeni governorates are responsible for carrying out the tasks according to the will of Abu Dhabi.

While the Saudi-led Arab coalition does not care about all the chaos in southern Yemen, surprisingly, governors of the provinces continue to complain about Abu Dhabi's support for military rebellions, and the financing of groups outside the authority of the state.

And on Tuesday, the governor of Shabwa, Mohammed Saleh bin Adio, accused the UAE of "financing chaos and exploiting the need of people to push them to be victims of fulfilling the desires of troubled souls."

Bin Adio in a series of tweets he posted on his Twitter account said that the UAE is spending money to finance chaos instead of spending it to provide services or aid to people.

Bin Adio added: "We have a profound belief that every attempt to confuse the security and stability of the province will fail and that the money that is paid to cause chaos and sow discord will not work for the will, determination and wisdom of the Shabwa people."

The Governor of Shabwa said in his tweets that he understands that "the bad guys will do everything in their power to sow discord and that their goal is to see a weak, torn chaotic and chaotic situation and every time they disappoint and conspire against the resilience of Shabwa, which has made its decision to walk the path of security and development."

The statements of the first official in the Shabwa governorate, eastern Yemen, came in a crisis security situation, living in the province rich in oil and gas wealth, due to attacks carried out by elements affiliated with the southern transitional council supported by the UAE, against security patrols and military points belonging to the legitimate Yemeni government.

In Socotra, the governor also accused the UAE, in a statement on Tuesday, of supporting a military rebellion.

Socotra Governor Ramzi Mahrous said that he was surprised on Monday by announcing elements from the Coast Guard battalion of the 1st Marine Brigade, a rebellion against the legitimacy of President Abd Rabbo Mansour Hadi, and joining the separatist Transitional Council militia.

He considered this "a dangerous precedent of its kind in the province, in the presence of elements of the Transitional Militia itself and with clear and explicit support from the United Arab Emirates."

It seems that the UAE is determined to move forward with its plans in Yemen, and it will not calm down until it has finally eliminated the presence of the legitimate Yemeni government in the remaining provinces.