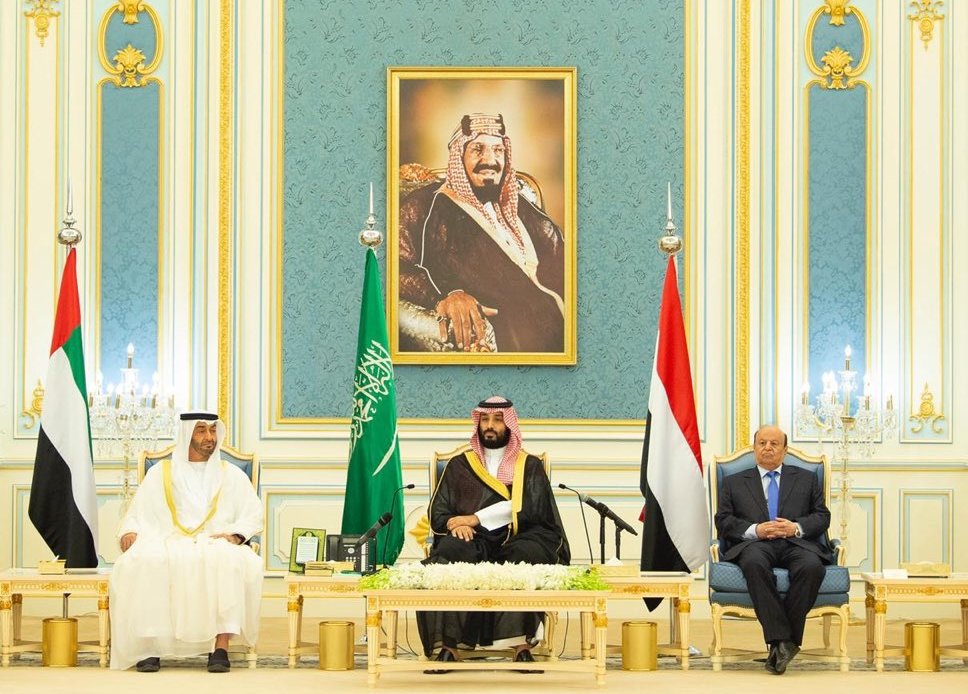 Three months after it was inked by the Yemeni internationally-recognized government and the Emirati-backed Southern Transitional Council (STC), the Riyadh Agreement seems to have been fully accepted as a failure by its signatories and sponsoring country, Saudi Arabia.

At the very beginning of its signature on 5 November 2019, it was clear that the deal would remain mere provisions on papers that would neither implemented nor abided by.

While the pact was designed to prevent military clashes between it two parties' forces and to rearrange the financial-administrative and military-security conditions in government-controlled provinces in the south and east of Yemen, none of those goals has been achieved.

The interim capital of Aden and some other governorates have broadly witnessed assassinations, and violence fighting has never stopped in Abyan and Shabwa governorates.

Events have also shown that the Emirati bad presence in those provinces continued to have negative impact on the application of the Riyadh deal.

Practically, the Agreement's time limit expired last Wednesday, the 5th of February, following a thunder of threats exchanged by government and STC, with the latter vowing to expel the former from Aden and other southern governorates, and the former vowing to invade Aden.

All this was expected, but it was unexpected to see the Saudi sponsors peacefully, rather than decisively deal with two parties – the STC in particular – to enforce the deal, as if the Kingdom has been satisfied with obduracy of the STC that is obviously backed by the United Arab Emirates.

On Sunday, the STC's forces denied Presidential Guard (PG) troops access to Aden, on the pretext that their coming from Shabwa was in conflict with the Riyadh Agreement. The Saudi forces that escorted them left the PG troops at Aden borders and continued their way to the port city, as if they were unconcerned with the issue.

They have met with Gen. Nasser Hadi (the President's son) and Saudi senior military leaders, local media quoted some of the commanders as saying.

The generals discussed the "start of mutual withdrawals plan and the redeployment of troops, after their pullout, in new sites," they added.

Negative results of the military leaders' visit to the Saudi capital have come into existence since the beginning of this week, with worrisome tensions and blames increasingly traded by parties for circumventing the Riyadh deal.

Still, the parties seem to be on fullest alert for a battle that, according to observers, would be the fiercest.

Some government officials have publicly, others secretly, doubted Saudi seriousness in helping the pact succeed, accusing the Kingdom of being satisfied with the STC's acts.

The STC "would have not persisted if Saudi Arabia was serious in pressing for the success of a deal it had brokered," government officials complain.