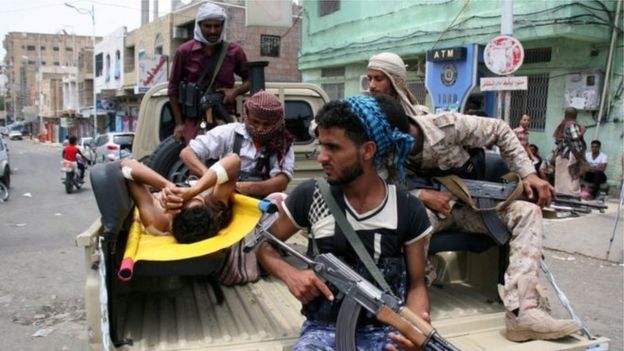 Taiz city, Yemen's capital of culture, has seen years of civil war since 2015 and still under Houthi blockade. Lyse Doucet, the BBC Chief international correspondent, sheds more light on the city in a report carried by The Observer on Sunday.

In a conflict often called the "forgotten war", one Yemeni city feels most forgotten of all. By these words Doucet starts her article: "In the rubble of Taiz, all roads to a normal life are blocked."

Once Yemen's capital of culture, the city is split between Houthi and government control – and a drive that used to take five minutes now takes five hours.

Yemen's third-largest city was once known as its capital of culture. Taizis pride themselves on producing the best-educated people who became the best teachers, lawyers, pilots, you name it. Now it is known as Yemen's longest-running battlefield, the most heavily bombed by blistering Saudi airstrikes, the deadliest governorate in Yemen's devastating war.

Taiz is a city split in two, an ugly emblem of the wider conflict tearing a whole country apart. From the top of Jabal Sabir, the city's towering mountain, inside the hollow pockmarked shell of what was once a prized tourist resort, there's a dazzling view. A vista that once drew visitors now provides the best vantage point to understand Taiz's political topography.

The frontline slashes through the city from east to west, leaving a visible green and brown scar. Greenery has spread like tentacles across the no man's land. Beyond this line, about a third of Taiz is in the hands of Houthis who control the heights overlooking the northern edge of the city. The rest is run by the government. Close up, it's a seam crackling with tension.

"People inside this city have nothing to do with politics or war. They just simply want to live and they need a road," says Abdul Kareem Shiban, an MP who chairs a roads committee.

Getting to the other side of Taiz used to be a five-minute drive. Now it takes more than five hours.

We take this route, which hugs mountains with breathtaking sheer drops, bumps along a dirt track through soaring palm trees and runs through checkpoints manned by rival groups. We weren't given permission by the Houthi authorities to spend time on the other side.

Everyone we meet in Taiz remembers what happened to them as if it was yesterday. "No one pays attention to us," says Marwan with palpable anger. We're standing in the rubble of his home, where 10 relatives died as they slept in an airstrike by the Saudi-led coalition. It happened five years ago. The house, and Marwan, are still in pieces.

"The attack was so aggressive that it took us six days to find the body parts," Marwan recalls. Eight of his neighbors perished in the same attack.

A Yemeni government official accompanying us insists we also visit a home destroyed by the Houthis.

We're greeted by gaggle of children. A little girl in a red velvet red dress, braids sticking out like a Yemeni Pippa Longstocking, starts chattering about the attack that killed her playmate next door. The boy's mother, Zahra, soon arrives with graphic photographs of that fateful day. Their home is still a mess of shattered windows and walls.

"Everyone sold Yemen for their own benefits," Zahra declares bitterly. "The Houthis work with Iran, half the resistance works with Saudi Arabia, the other half with the United Arab Emirates."

Zahra's story is the story of Yemen's war. Her youngest son died in the first strike, her older son was later shot dead, a daughter lost an eye and her husband went mad with grief.

When we leave, Zahra hurries after us with freshly baked Yemeni bread – a reminder, if one was needed, that even this merciless war can't completely crush a kind and cultured people.