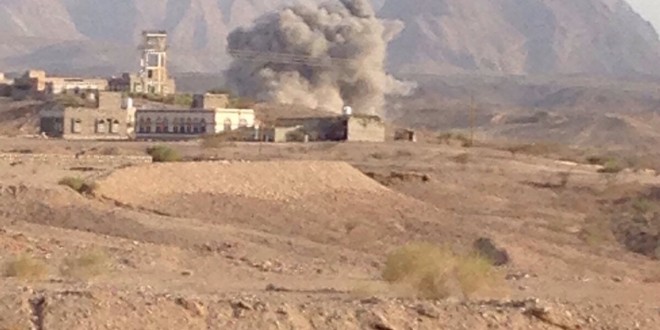 The Houthi group on Tuesday accused the Saudi-led coalition of using the internationally-banned cluster bombs in airstrikes on the Yemeni northeastern governorate of Marib.

"In the last hours, the coalition aircraft launched 36 raids on Sirwah district in Marib, using cluster bombs in four of them," the Sana'a-based Saba quoted Houthi military source as saying, without further details on their size or type.

The airstrikes targeted the areas of al-Mashjah, al-Halool, Hailan and al-Makhdara, according to a security source at the group.

In December 2016, the Arab coalition, under pressure of international accusations, admitted to using British-made cluster bombs in Yemen, but "within a limited range to hit militarily legitimate targets in defense of Saudi cities and villages."