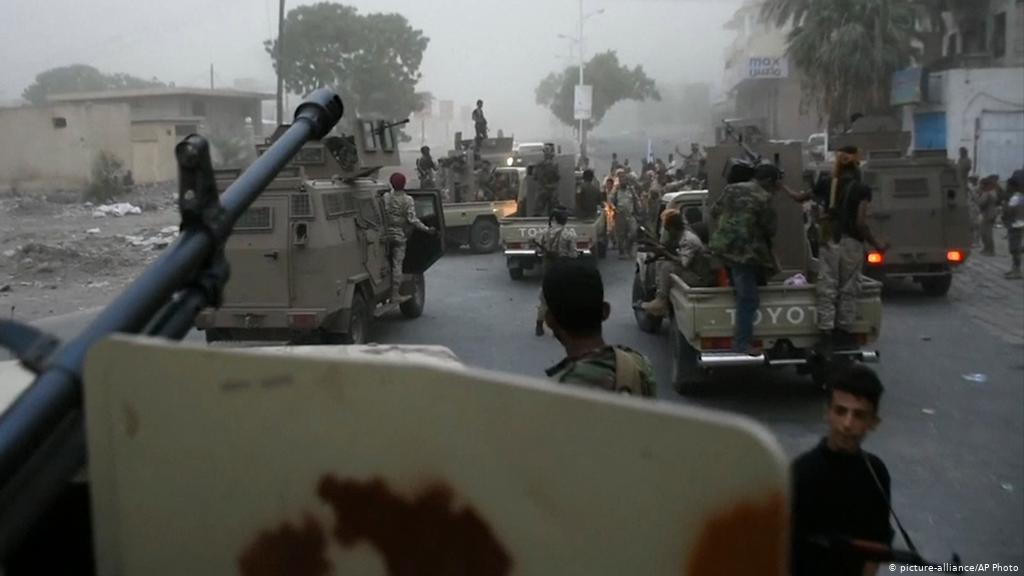 ABYAN (Debriefer)--A soldier was killed and four were wounded after an unknown drone attacked a position of the government forces in Yemen's southern province of Abyan, a government official told Debriefer on Saturday.

The attack occurred in the area of Al-Sheikh Salim on the outskirts of the capital city Zinjibar and was the second in less than a month against government forces in the province.

On 4th September, four soldiers were injured and a military vehicle destroyed after two drones struck positions of the government forces in the town of Shuqrah.

Pro-government forces have been fighting the forces of the UAE-backed southern transitional council in the province for months.

Last month, Sam organisation for rights and liberties said it documented more than 36 airstrikes against government forces in several regions, including a UAE airstrike on the outskirts of Aden on 29th August 2019 which killed and wounded hundreds.

The organisation called for opening an investigation into the airstrikes which it said have contributed to prolonging the war and killing and wounding hundreds.

"All airstrikes violated international law and were considered war crimes, extrajudicial killings and an attack on the right to life," it said, urging the government to have courage and cooperate with the international community to expose circumstances of such attacks.