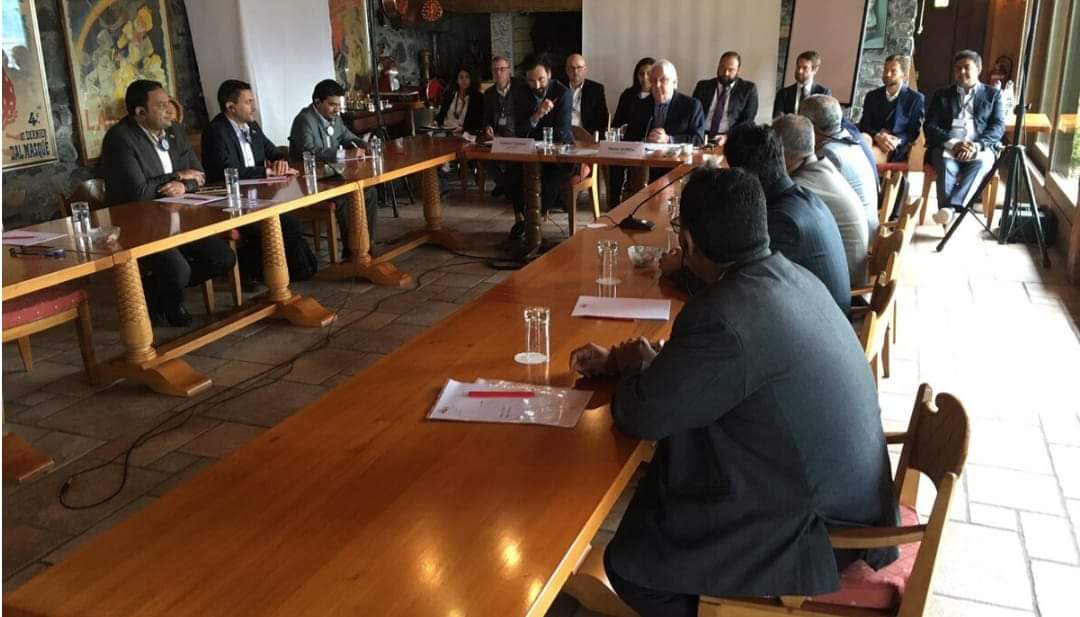 GENEVA (Debriefer)--The Yemeni government and the Houthi group have reached an agreement to exchange war prisoners and detainees, the UN envoy to Yemen, Martin Griffiths, said on Saturday.

Delegates representing the government and Ansar Allah, the Houthis, have agreed to immediately release a first group of 1,081 conflict-related detainees and prisoners, in accordance with the lists of agreed-upon names, a press release by the envoy's office and the ICRC said earlier today.

"This came today, in Switzerland, at the conclusion of the week-long fourth meeting of the Supervisory Committee on the Implementation of the Prisoners’ Exchange Agreement. It builds upon the release plan that the parties had reached in Amman last February," the press release said.

The two sides renewed their commitment to release all prisoners and detainees, including missing persons and forcibly disappeared persons, and those under house arrest and to convene with the aim of implementing the remainder of the outcomes of the Amman meeting held in February, it said.

They further committed to making all efforts to add new numbers for the purpose of releasing all prisoners and detainees including the four mentioned and covered by the UN Security Council’s resolutions in accordance with the Stockholm Agreement and through working with the Supervisory Committee, it added.

The Stockholm agreement was signed in late 2018.

"Releasing those detainees will bring immense relief and comfort to more than a thousand families who will be reunited with their loved ones because of your acts and your decisions. It will bring reassurance and hope to many more families still waiting the release of their loved ones and their friends," Griffiths said in a statement after the signing.

Sources familiar with the talks said the lists of the prisoners to be swapped did not include the names of brother of president Abdrabbuh Mansur Hadi, Nasser Hadi, former defence minister, Mahmoud Al-Subaihi, commander of the 119th Brigade, Faisal Rajab and prominent politician, Mohammed Qahtan.

"The agreement signed today is a positive step for hundreds of detainees and their families back home who have been separated for years and will be reunited soon. However, it marks only the beginning of the process. We call on all parties to continue with the same urgency towards agreeing on a concrete implementation plan, so this operation can move from signatures on paper to reality on the ground," said Fabrizio Carboni, the ICRC regional director for near and middle east.

The Supervisory Committee on the Implementation of the Prisoners’ Exchange Agreement brings together delegations from the parties to the conflict and representatives from a Saudi-led coalition fighting in Yemen.

It is co-chaired by the office of the UN envoy and the ICRC.