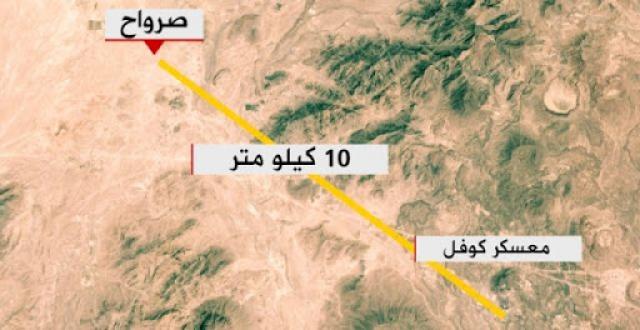 Two Yemeni and Saudi senior officials have denied Houthi seizure of Coufal camp in the Yemeni northeastern governorate of Marib.

"The 312th brigade's command in Coufal camp, based in Sirwah district of Marib, is controlled by heroes of the national army and Marib honest tribesmen," the Yemeni information minister tweeted late on Tuesday.

"Absolutely baseless are the false reports released by Houthi media on their control of the camp to demoralize [supporters] and create military infiltration in Marib," Moammar al-Eryani added.

"The Houthis sent hundreds of the deceived in an attempt to break into Sirwah frontline, but heroes of the national army - supported by the Saudi-led coalition - repelled and inflicted them gross losses in lives and ordnance," the 'legitimate' government official concluded.

"Better to pasture camels than to graze pigs," a proverb recalled by the Saudi ambassador for Yemen on Wednesday as addressing the Yemeni journalist "Jalal and everyone involved in political party-based conflicts or opposing the legitimacy" in Yemen.

Earlier on Tuesday, the Jalal al-Shara'abi tweeted that the Houthis entered Coufal camp "in the last few hours and took control of arsenal without confrontation, after government troops had withdrawn from the camp toward Shabwa."

In response, Saudi Ambassador Mohamed Al Jabir said: "political conflicts can be solved between Yemenis through dialogue and tribal conventions, since they are Arabs and believe in the rule of law and State, unlike the Iran-backed Houthis.

"Houthi forces, following fierce fighting with government troops, made a massive advance reaching the al-Tala'a al-Hamra (or red hill), some three kilometers away from Marib city," the sources added.