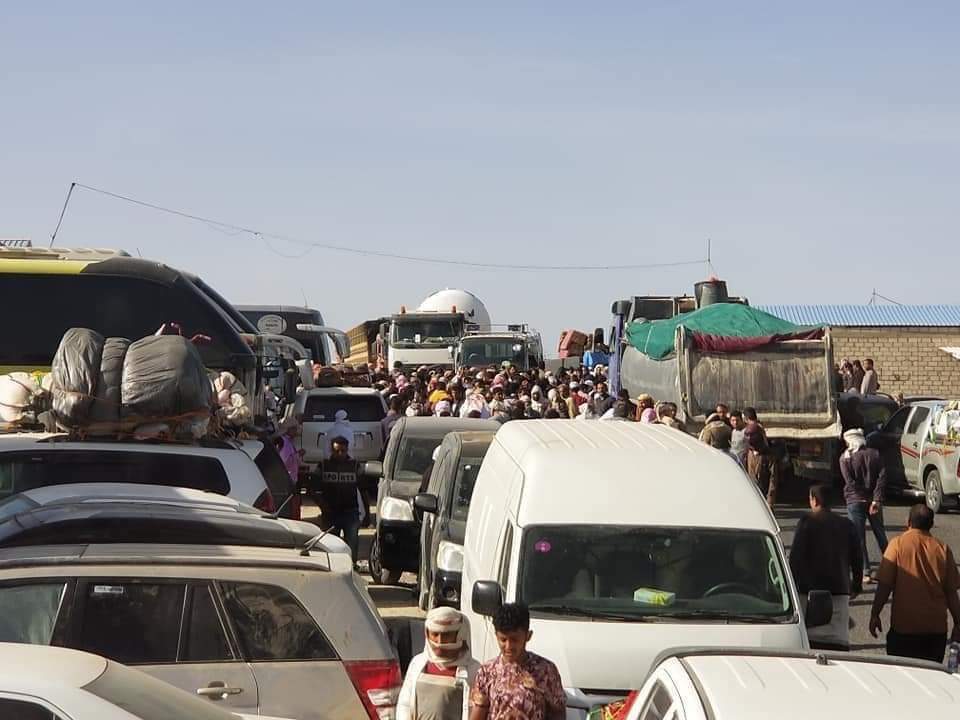 The Yemeni internationally recognized government has accused the Houthi group (Ansar Allah) of detaining travelers in Al-Bayda governorate, central Yemen, and preventing them from reaching the group's control areas under the pretext of subjecting them to quarantine as a precaution against the Coronavirus.

The Yemeni government said in a statement, published by the Aden-based Yemeni news agency (Saba), "We condemn what the Houthi group has been doing since the 16th of March, preventing the entry of Yemeni citizens to the governorates under their control, and detaining them under the pretext of what it called a medical quarry in the city of Affar in Al-Bayda without the application of the lowest health standards. "

The government added that this matter "resulted in the suffering of hundreds of travelers as a result of being held in the open without shelter and without distinguishing between children, the elderly and women in an inhumane situation and not equipped with the most basic necessities for life."

The government warned, "The tragic situation in which citizens were placed poses a great danger to their lives, as a result of their detention and the lack of necessary health care," saying that this "reflects a hideous image of the Houthis' violations of human dignity, rights and life."

In its statement, the Yemeni government called on the international community and the United Nations to "urgently press the Houthi group to release the citizens it detained in what it called quarantine, and to deal away from any auctions in light of this global pandemic that the entire world is willing to resist."

And stressed, "taking all necessary measures in dealing with this pandemic, where all those coming from abroad at the border crossings are checked to ensure that they are free from the symptoms of this virus and stone on those infected with them."

The head of the Supreme Political Council of the Houthi Group (Ansar Allah), Mahdi Al-Mashat, was directed on Friday evening to "start the examination procedures and equip the quarantine places and equipment for the arrivals at the designated outlets and points and provide them with the necessary means to receive and absorb the arrivals from abroad of the Yemeni citizens, and provide them with full care for them." And complete the medical examination procedures. "

The Houthi Supreme Committee for Combating Epidemics announced last Monday in a press conference in Sana`a, "to close all land ports for two weeks," accusing the Saudi-led Arab coalition and the "legitimate" Yemeni government, especially the Yemeni Airlines, of "not taking preventive measures to spread the Corona epidemic", according to The group's "Al Masirah" TV.