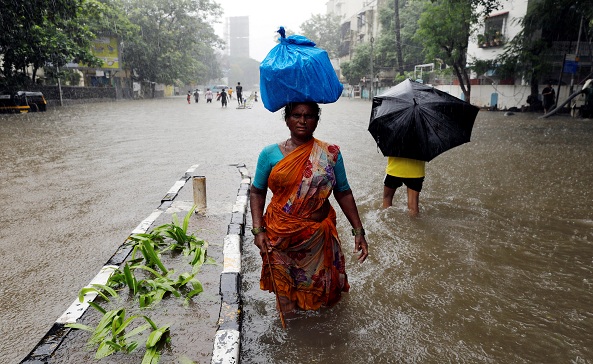 A third straight day of heavy monsoon rains disrupted trains and traffic in India’s financial capital of Mumbai on Monday, with flooding in several areas prompting the government to declare a holiday for schools and colleges.

Weather officials warned that heavy rainfall was expected for the next four days, in a statement on the website of the meteorological bureau.

“Heavy rains forecast, everyone is advised to stay safe,” Vinod Tawde, the education minister of the western state of Maharashtra, where Mumbai is located, said in a message on social network Twitter.

“Precautionary holiday declared for schools and colleges in the Mumbai metropolitan region, for the safety of the students due to the heavy rainfall,” he added.

Flooded railway tracks delayed a dozen long-distance trains, while suburban trains, a lifeline for the city’s population of about 18 million, were also hit, railway officials said.