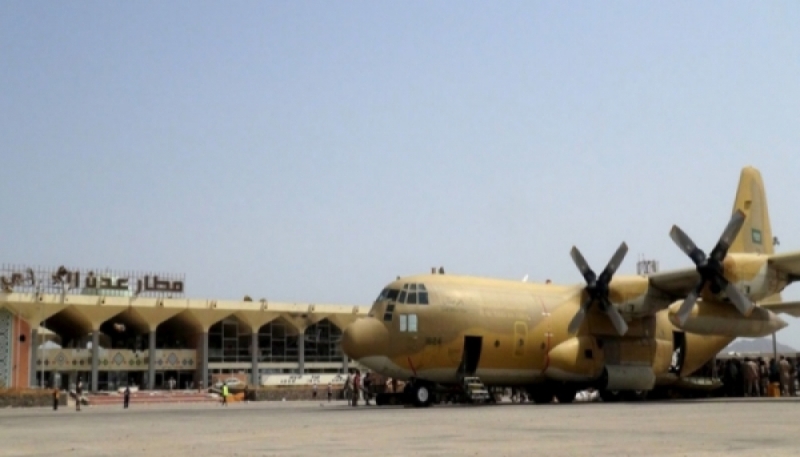 A batch of Yemeni soldiers trained in the Kingdom of Saudi Arabia arrived Tuesday night in Aden Governorate, in southern Yemen.

Security and local sources in Aden said, "Dozens of Yemeni recruits who trained for months in the Saudi city of Abha returned on board two Saudi military aircraft to Aden."

The sources added that the trained soldiers in Saudi Arabia will be assigned from the coalition with security missions in Aden, including protecting its headquarters instead of the security belt forces.

It indicated that the arriving soldiers were transferred to the headquarters of the coalition forces in Salah al-Din in the Buraiqa district, west of Aden.

The sources said that the training batch was preceded by a similar one, which arrived in mid-March, on a Saudi military plane.

According to the sources, "The previous batch of trainees was to be assigned to protect Aden International Airport, but this was postponed as a result of causing tension between the security belt forces of the Southern Transitional Council (STC) and the Saudi forces that manage the airport."

In the middle of last March, Aden International Airport witnessed a state of tension between forces affiliated with the Arab coalition, and another affiliated with the UAE-backed Southern Transitional Council (STC), against the backdrop of the Saudi forces' attempt to deliver the airport to trained forces in the Kingdom.

A source close to the Saudi forces in Aden told Debriefer at the time that "the transitional council rejected the Saudi decision and ordered its forces to deploy in the vicinity of the airport."

At the time, the Saudi ambassador to Yemen, Mohammed Al Jaber, denied that the coalition forces sought to change the airport's protection force, saying in a tweet on Twitter, "The Aden airport is safe and with the same protection units."