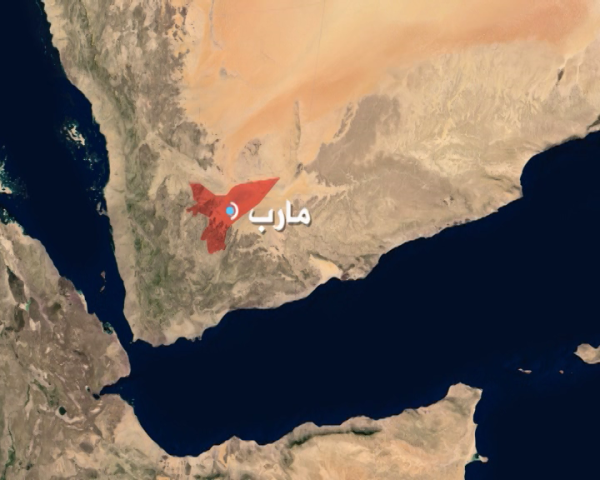 Senior commanders have been among 80 Yemeni government troops killed or injured in "attempted advance towards Kofal" military camp in the northeastern governorate of Marib, Houthi-run media said Saturday.
Separately, the official army said 25 Houthis were killed in an ambush in the same governorate.
The 310th Brigade's commander Gen Mohamed Kamil al-Thaifani, his aide (chief-of-operations) Gen Hameed al-Maswari and the 72nd Brigade's commander Gen Khalid al-Joma'ei were killed by Houthi fighters, according to media.
Houthis fended off a great advance by the official government forces heading for Kofal in Sirwah district of Marib, the group said earlier on Saturday.
The government forces were inflicted huge losses in personnel and ordnance after fierce fighting, it claimed, as "Marib hospitals received nearly 80 deaths and injuries" from the government troops.
For their part, the official army said on Saturday that its forces killed 25 Houthis and wounded others at a "perfect ambush" in the oil-rich governorate.
"The Yemeni army ensnared groups of the Houthis into a perfect ambush in Sirwah frontline, west of Marib," the Riyadh-based Saba reported.
The operation "left more than 25 Houthi militants killed and others injured," the government-run news agency added, while "the rest fled the army's bellows."
Arab coalition warplanes targeted "Houthi sites and reinforcements in different parts of Sirwah, leaving a number of their combating machinery destroyed and fighters killed or wounded.
"The Yemeni army's artillery inflicted Houthis huge human losses and damaged fortifications and weaponry, following dawn shelling on their gatherings in Sirwah and Hailan fronts," according to the agency.
Marib frontlines has been witnessing violence escalated by Houthis, who say their fighters took control of critical sites from government army.
After its control over al-Jawf governorate bordering Saudi Arabia, the group is seeking for full seizure of Marib for many political, military and economic purposes.