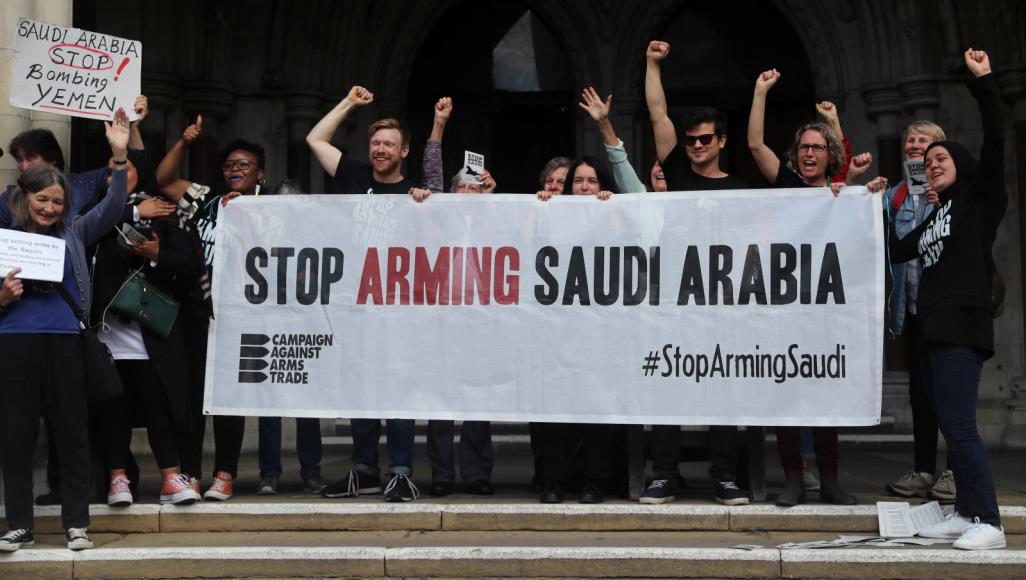 Britain's leading arms manufacturer BAE Systems sold £15bn worth of arms and services to the Saudi military during the last five years, the period covered by Riyadh's involvement in the deadly bombing campaign in the war in Yemen, The Guardian reported Tuesday.

Figures taken from the company's most recent annual report reveal that the total sales of BAE arms and services to the Saudi military for the period between 2015 and 2019 – including the period from the start of the Saudi bombing in March 2015 – to slightly over £15bn (some $19 billion).

Andrew Smith of the Campaign Against the Arms Trade (CAAT) told The Guardian: "The last five years have seen a brutal humanitarian crisis for the people of Yemen, but for BAE it's been business as usual. The war has only been possible because of arms companies and complicit governments willing to support it."

A BAE Systems spokesperson said: "We provide defense equipment, training and support under government to government agreements between the UK and the Kingdom of Saudi Arabia. We comply with all relevant export control laws and regulations in the countries in which we operate and our activities are subject to UK government approval and oversight."

Thousands of civilians have been killed since the civil war in Yemen began in March 2015 with indiscriminate bombing by a Saudi-led coalition that is supplied by BAE and other Western arms makers. The data also reveals that the true value of British arms sales to the Gulf Kingdom is far greater than the £5.3bn total value of UK export licenses since the Saudi-led coalition began its campaign in Yemen.

The apparent discrepancy is caused by the fact that official export total does not include the value of arms sold to Saudi Arabia via so called open licenses, which allow a wide range of hardware to be included without their cost recorded. At other times, British support for Saudi Arabia has been overt. Five years ago, at the outset of the conflict, Philip Hammond, then Britain's foreign secretary, declared: "Britain will support the Saudi-led assault on Yemeni rebels in every practical way short of engaging in combat."

Exports of British arms to Saudi that could have been used in Yemen were halted in the summer of 2019 when the Court of Appeal ruled in June 2019 that no formal assessment had been made by ministers to see if the Saudi-led coalition had committed violations of international humanitarian law. The UK government has appealed to the Supreme Court to have the judgment overturned, but the Court of Appeal judgment remains valid until the UK's highest court completes its review of the high-profile case. The Saudi military is BAE's third largest costumer overall, after the US Department of Defense and the UK's Ministry of Defense. BAE maintains and supplies Tornado jet aircraft to the Kingdom's air force and provides "operational capability" to the country's air and naval forces. Sales to Saudi Arabia accounts for 35% of the company's air division, the largest single destination for its military aircraft.