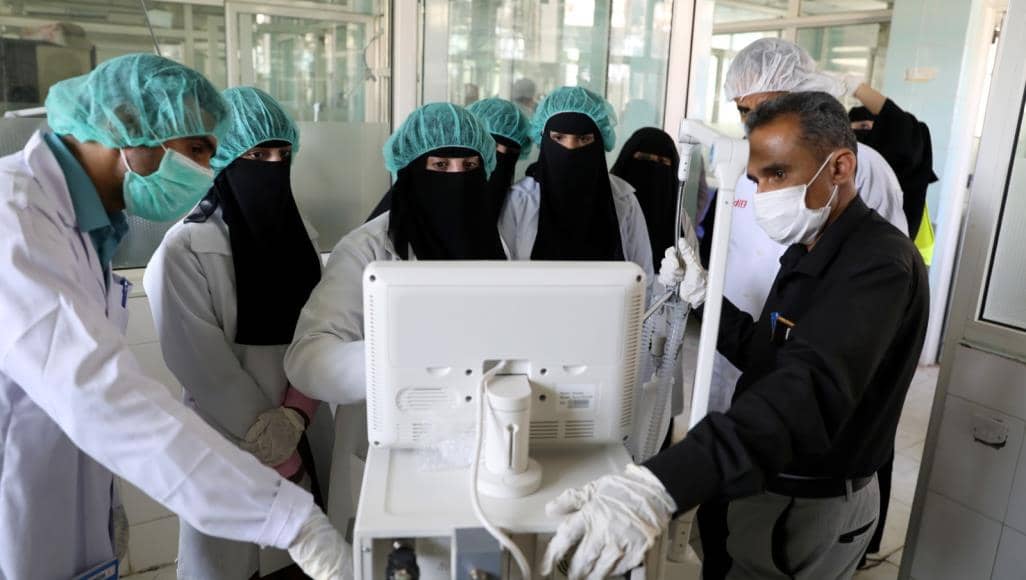 Reuters said in a report published on Monday that the Corona epidemic in Yemen is a mystery, especially as Yemen is a country that has suffered from the scourge of war for 5 years, and has a devastating health sector.

The Reuters report coincided with the announcement of the Supreme National Committee for Emergency and Response to the new epidemic of Corona virus in Yemen, that the only case of infection recorded in the city of Al-Sheher, Hadhramout governorate, in eastern Yemen, had been recovered.

When doctors first confirmed Yemeni port official Saleh had contracted COVID-19, authorities raced to trace his movements to try and protect one of the world’s most vulnerable countries, Reuters reported

But almost three weeks on, they still do not know whether Yemen’s first laboratory-confirmed case is really the individual at the root of what could be an unusually devastating outbreak.

Split into rival power centres, its medical infrastructure shattered by war and seen by the United Nations as the world’s worst humanitarian crisis, Yemen is handicapped by its own destitution in its fight against the new coronavirus.

Altaf Musani, the head of the World Health Organisation (WHO) Yemen mission, said transmission of the disease in Yemen could be in what he called a phase of “individual cases”, a possible prelude to clusters of infection.

But it is proving impossible to identify so-called “patient zero”, an important step in tracking and tracing all those potentially exposed to infection and containing an outbreak.

Saleh, a heavy smoker with heart problems whose condition has been described as stable, was tested on April 7 at a medical facility in the southern Ash Shihr port after showing symptoms. On April 10 he was tested again: Positive on both occasions.

Health officials then scrambled to identify more than 150 people in the southern Hadhramout region who had met and dealt with the 60-year-old in the two weeks before he was diagnosed, the head of the national coronavirus committee said.

“All the close contacts were monitored and some showed some symptoms but were negative when they were tested,” Ali al-Walidi told Reuters. Instead, their coughs and fever were normal flu.

Authorities concluded they could not say if Saleh, whose full name is withheld due to privacy reasons, was Yemen’s first spreader of the infection due to inadequate testing capacity.

“We spent an hour-and-a-half with him in the ambulance to transfer him to an isolation room in another hospital, it felt like a year-and-a half,” said nurse Majdi Baqhoum, worried to be dealing with a COVID-19 patient for the first time.

Ash Shihr port was shut for deep cleaning for a week and Hadhramout, Yemen’s largest province, imposed a partial curfew and all its workers were ordered to self-isolate for two weeks. Neighbouring provinces sealed their borders.

“WE WILL KEEP INVESTIGATING”

Aid groups say they fear a catastrophic outbreak should the virus spread among the malnourished population, where diseases such as cholera are rife. Around 80% of the population, or 24 million people, rely on humanitarian assistance.

Based on models by Britain’s Imperial College, the World Health Organisation said a likely outbreak scenario with containment steps could see more than 55% of the population infected, with over 42,000 dying from the disease.

WHO’s Musani said Yemen has 570 intensive care units and 17,000 beds nationwide, half of them already occupied.

“At the height of coronavirus infections in Yemen, the country could need 18,000 beds and 2,500 ICU units for COVID-19 only, so you can imagine the gap,” he said.

As part of his job at Asheher, Saleh had met and dealt with government and military officials and traders on dozens of the wooden dhows that dock each day with commercial goods, mostly from Oman and the United Arab Emirates.

Hadhramout Governor Faraj al-Bohssoni told local media, there was a high probability he contracted the virus from sailors who visited the port.

“It is still a mystery to us how he contracted the virus. We will keep investigating, but we may never know,” Bohssoni told local media.

Yemen has been mired in war and more than 100,000 people have been killed since the Iran-aligned Houthi group ousted the internationally recognised government from the capital Sanaa in late 2014, prompting a Saudi-led coalition to intervene.

The coalition announced a unilateral nationwide truce over the pandemic but the Houthis, who control most big urban centres, have not accepted it and violence has continued.

Two sources familiar with the matter told Reuters there has been at least one confirmed case in the capital Sanaa. But the Houthi-controlled health ministry denied it and said all suspected cases had tested negative for COVID-19.