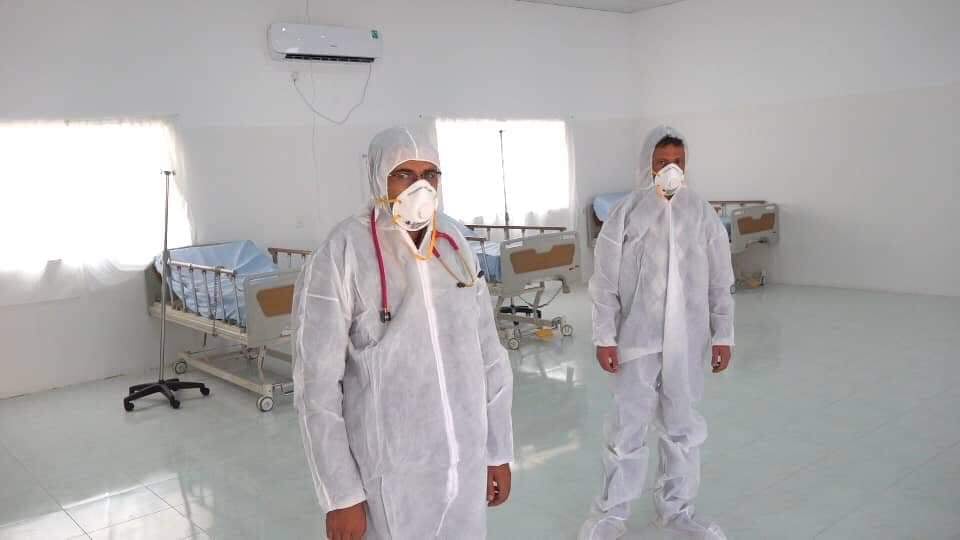 Debriefer has informed from an official source in the Yemeni capital, Sana'a, that is controlled by Ansar Allah group (Houthis), that the group's health ministry may announce within days of recording cases of the novel coronavirus (COVID 19).

An official source in the Ministry of Health, which is under the group's control, confirmed to Debriefer that there were two (highly suspected) cases of corona, which were discovered in the densely populated Sunaina neighborhood and in the Sa'awan area.

The source pointed out that two other infected cases were suspected of a family who had come from Aden a few days ago and that their family members had been fully kept.

A medical source in Sanaa - on condition of anonymity - told "Debriefer" news agency that there are two confirmed cases of corona and a number of suspected cases in a plus hospital and another hospital in the capital.

The source pointed out that one of the confirmed cases did not leave Sana'a at all. This means that the virus was transmitted to it by contact with unknown individuals.

The authorities in Sana'a evacuated the Bab Al-Salam Market in the city center late on Wednesday evening, closed it and then sterilized it.

In a related context, the Ministry of Health announced in the Houthi rescue government, in Sanaa, today, Thursday, that it will receive all cases of pneumonia, as part of precautionary measures to counter the spread of the Corona virus.

The ministry said in a statement that, as part of its precautionary measures to combat the Corona virus, it has allocated Kuwait Hospital and Zaied Hospital in central Sana'a to receive all cases of acute pneumonia.

The statement stressed that hospitals will be identified to receive pneumonia patients in the governorates controlled by the Houthi group.

The statement indicated that "the necessary tests will be conducted for the patients, and then they will be given transfer cards to receive them in any other hospital according to those cards."

The Supreme National Committee to Face the Corona Epidemic in Yemen revealed that five confirmed cases of the novel Corona virus (Covid 19) were recorded Wednesday in Aden Governorate, "south of Yemen".

The committee's account on the social networking site "Twitter" mentioned that five cases have been confirmed as being infected with the virus, and a press conference will be held later to reveal all the details.

A private medical source in Aden assured to "Debriefer" that the number of cases exceeds the number announced by the committee, warning of an epidemic explosion in the number of patients due to the obvious disregard of health officials in the investigation and detection of suspected cases since the beginning of the outbreak of the symptoms of the virus.