Parliamentarians appeal to Saudi Arabia to save Yemen's Aden 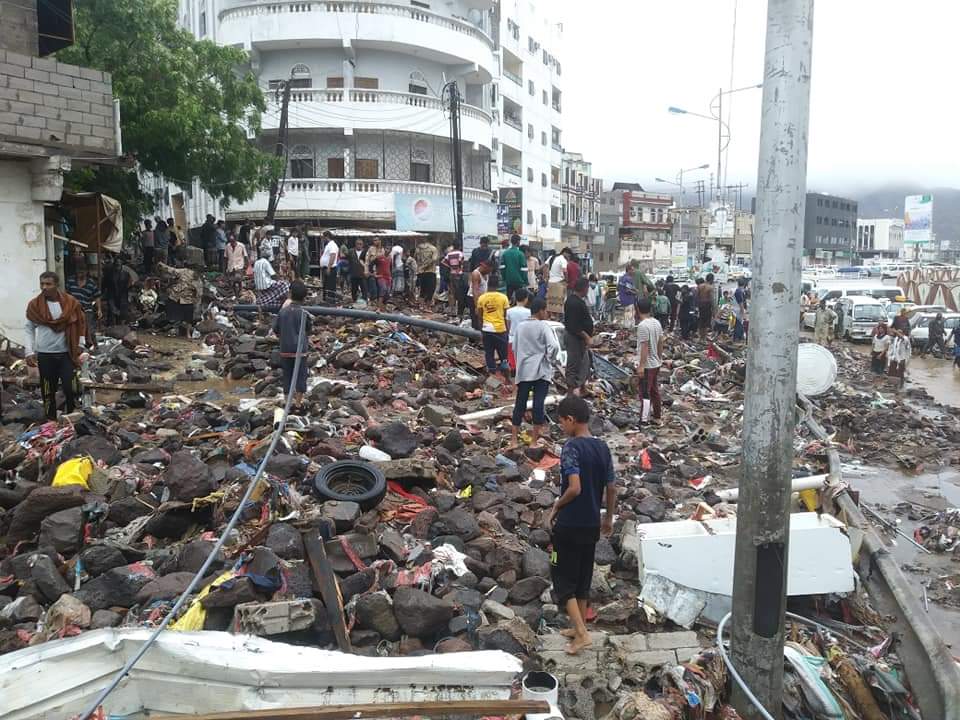 Members of the Yemeni Parliament called on Saudi Arabia for intervention to save the governorate of Aden in southern Yemen from the catastrophic situation in light of the internationally recognized government's inability to manage the province.

This came in a well-known letter signed by six members of the Yemeni Parliament representing the governorate of Aden to the Saudi King, Salman bin Abdulaziz.

In their message, the parliamentarians pointed out that "the emergency humanitarian crisis in Aden due to the torrential rains and torrential rains that caused the displacement of dozens of families from their homes, and multiplied by the spread of epidemics and deadly viral fevers, which daily kill dozens in the light of the almost complete deficiency of the health system in the city."

And the letter demanded "a special gesture that saves this city and its people and its inhabitants whose lives are reaping the kinds of deadly epidemics that expand their spread, and made the reality of the city a catastrophic and tragic reality."

The parliamentarians said that "what has further confused the situation and the inability of the central and local authorities to manage the interests of the people in this province and control these disasters combined is the failure to implement the Riyadh agreement and the failure of state institutions to return to the interim capital of Aden."

Heavy rains fell in Aden in late April and turned into torrential torrents, which caused the death of 8 people, including 5 children, and a complete and partial collapse of more than 67 houses, according to a statement by the city police, prompting the "legitimate" Yemeni government to declare it a disaster city.

Last week, the Ministry of Health in the "legitimate" government said that 49 people had died of "epidemic diseases" in Aden, without providing further details on the type of epidemic and the reasons for its spread.

And held the Yemeni government "legitimate" Southern Transitional Council supported by the Emirati responsibility for the health situation in Aden, after the emergence of multiple epidemics and infections of the emerging corona virus.

The Saudi newspaper Al-Sharq Al-Awsat on Friday quoted the Undersecretary of the Ministry of Health, Abdulraqeeb Al-Haidari, as saying that "the recklessness of the (transitional) decisions made by the government impede the work of the government, especially in the health field."

He added that "the situation needs to unite and intensify efforts", considering that "Aden needs an alert to face epidemics, especially after the emergence of confirmed cases of coronavirus, and some epidemics such as dengue, chikungunya (celery), cholera and malaria, due to the rains that represented a fertile environment for the return of epidemics that suffer Including the people for years. "

Al-Haidari said that the Yemeni government is working to make the health situation away from political conflict, and supports local authorities and health offices in the governorates and other offices, in repairing roads, the water network, removing stagnant water that swamps the mosquitoes that carry these epidemics, and organizing spraying campaigns.

The Southern transitional council (STC) has been running the governorate of Aden since last August, after fierce fighting with government forces that ended with the expulsion of the government that accused the UAE of plotting a coup against it, which Abu Dhabi denies.