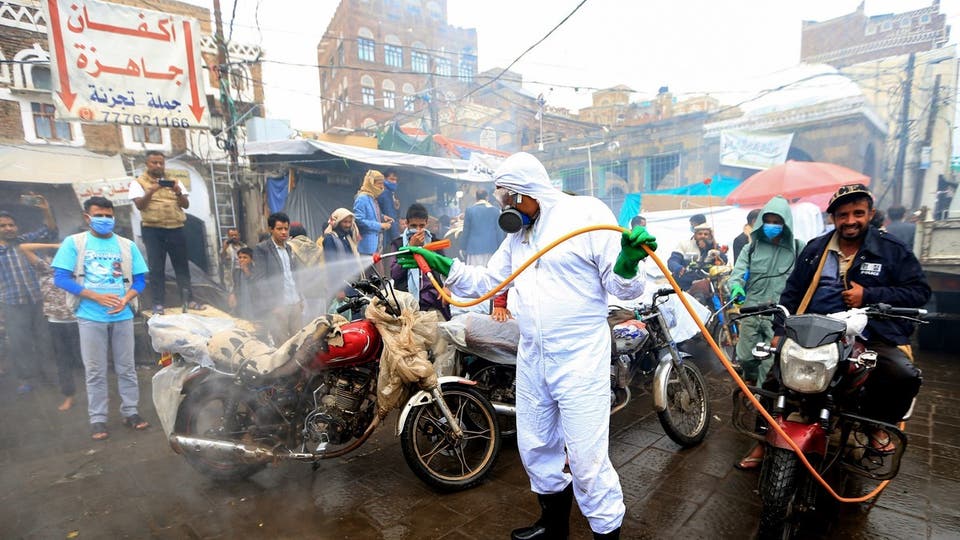 The UN said on Monday the confirmed Covid-19 cases in Yemen have increased fivefold in a week, raising alarm the virus is spreading undetected.

Five new cases, including one death, were reported in the city of Seyoun in southeastern province of Hadramout on Monday, a day after 17 cases were confirmed in Hadramout, Aden, Taiz and Lahj. And a case was reported in the capital Sanaa, which is run by the Houthi Group.

"Between 10 April, when the first case was announced, and 9 May 2020, there were 35 laboratory-confirmed COVID-19 cases in Yemen, 7 related deaths and 1 reported recovery," UNOHA said in a statement.

Relief and aid agencies in cooperation with the Yemeni authorities have drawn up a Covid-19 response plan to reduce the rate of transition mainly through isolating infected people and admitted critical cases to isolation centres, it said.

"Another key priority is protecting the public health system, which continues to focus on containing deadly diseases, including cholera, diphtheria, dengue and malaria, at 4,300 non-COVID facilities," it added.

So far, Yemen supreme national emergency committee for Covid-19 has reported 56 cases, including 9 deaths and one recovery since April 10th in regions controlled by the internationally recognised government. Two cases, including one death, have been reported in Houthi-run Sanaa.

Meanwhile, the government has accused the Houthi Group of hiding information in regions controlled by the group, exposing lives to dangers and using the pandemic as a card to extort the international community.