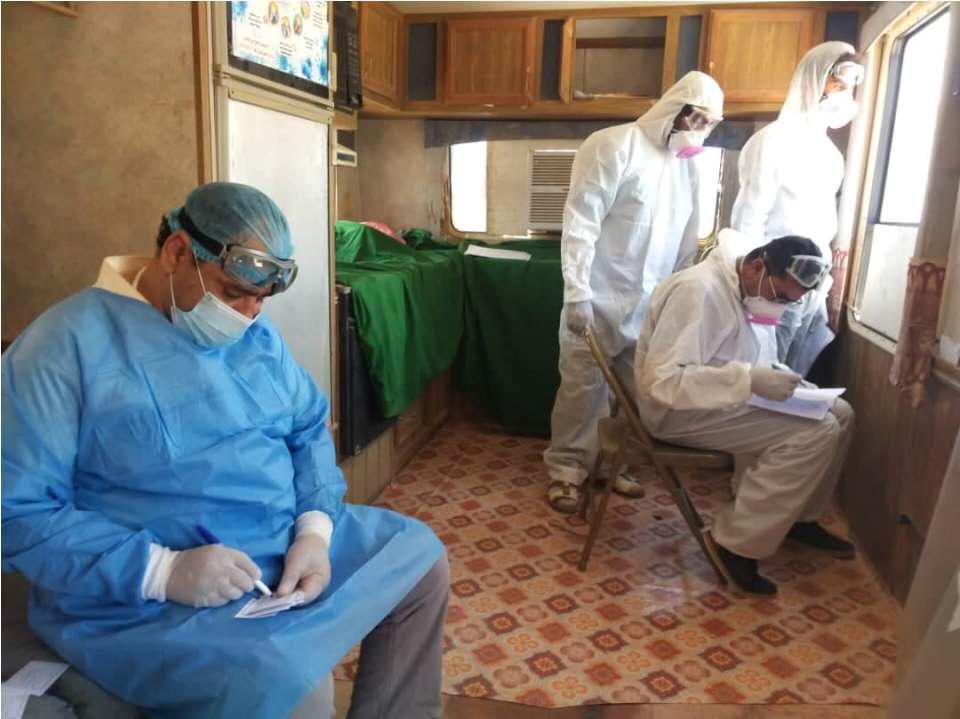 In a live broadcast on his Facebook page, Al-Sharif said that 300 people who are not among the government statements were removed from the depository escort accompanied by a protection battalion with the aim of delivering them to the Al-Tariq complex in the area of ​​Al-Abr, the supposed area of ​​the quarantine, but the battalion leadership informed the arrivals that they must reserve quarantine at their expense Profile.

"The people objected to the issue of seizure at their expense, so they crossed the cross road in protest against this from nine in the morning on Tuesday until five in the evening, demanding their passports and their cars cards held by the command of the Protection Battalion, so the battalion would only return it to them and leave immediately, heading to the governorates of Shabwa, Marib, and Al-Jawf. "

Al-Sharif, who calls what happened catastrophic to the Yemeni people, as the 300 people did not undergo any medical tests, he wondered why the legitimate Yemeni government did not provide quarantines despite receiving $ 25 million in assistance in preparing quarries for returnees from the Kingdom with all its requirements.

Al-Sharif indicated that there is a quarantine in the port of Al-Wadeah, and that there are many stranded Yemenis who were allowed by the government to return to Yemen.

For his part, an eyewitness told "Debriefer", that 300 passengers arrived at Al-Wadeah port at dawn, on Tuesday, and the protection battalion took their passports and their car cards, and then accompanied them to the Al-Abr area in order to enter them in a quarantine.

The eyewitness stated that the 300 travelers were surprised by the protection battalion, informing them that they had to rent the complex, then left, leaving them alone and without their official papers.

"The travelers had to cut through Al-Abr, in order to retrieve their official papers, and they have already recovered it," he added.

The government had recently allowed the opening of Al-Wadeah port for Yemenis stranded in Saudi Arabia, justifying it for humanitarian reasons, and assuring that they would undergo medical tests and would be quarantined as a precautionary measure, fearing of spreading the Coronavirus.

On Tuesday, the national emergency committee (NEC) announced 9 new confirmed infections of COVID-19, making the total at 65 cases including 11 deaths.

The three Yemeni governorates of Abyan, Mahara and Shabwa have recorded their first cases, including one death in Shabwa, with 4 more cases in Aden and 2 in Lahj, the committee added.