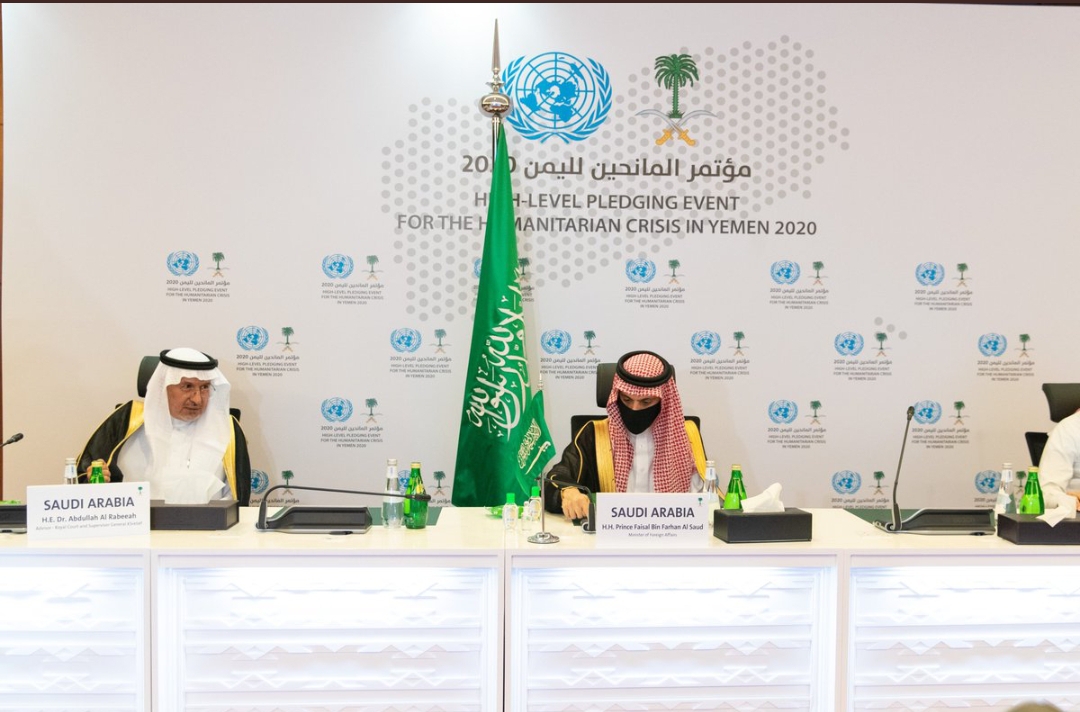 The Kingdom of Saudi Arabia announced supporting the humanitarian response plan for Yemen with half a billion dollars, including 25 million dollars to confront the Corona epidemic.

Several countries announced during the work of the donors conference, which opened its work on Tuesday evening, their donation of financial amounts to support the relief field, through the United Nations organizations, including Germany, which provided 125 million euros, as the European Union announced its endeavor to provide 71 million euros in aid to Yemen, through United Nations organizations.

“When the pledges are paid literally means the difference between life and death for countless Yemeni people,” said UN under-secretary-general for humanitarian affairs Mark Lowcock, adding " I reiterate the plea the secretary-general made to all those who made pledges to pay them straightaway, because pledges on their own achieve nothing.”

Lowcock also called on countries that had not yet pledged to do so as soon as possible, and added that the UN will continue its fundraising efforts. “This is not the end,” he said.

The Saudi ambassador to Yemen, Mohammed Al Jaber, announced yesterday that his country will contribute half a billion dollars to finance the humanitarian response plan in Yemen, of which 300 million dollars will be provided through international organizations.

The total sums achieved by the Riyadh Donors Conference to support the 2020 UN response plan in Yemen have not yet been finalized.

The work of the Yemen Donors' Conference started Tuesday in the Saudi capital, Riyadh, with the aim of helping to raise about $ 2.4 billion, while lack of funding threatens the largest aid operation in the world.

The Secretary-General of the United Nations, Antonio Guterres, said at the opening of the conference, that the risks threaten 24 million Yemenis, including the new Coronavirus (Covid_19), calling on the international community to help Yemen.