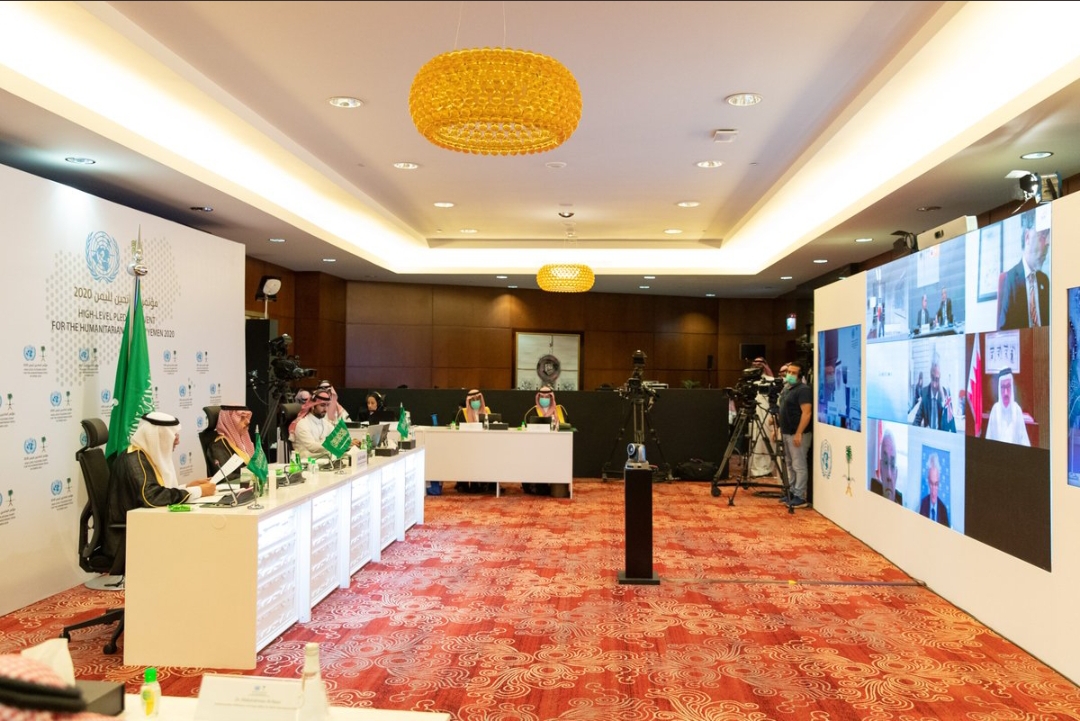 British BBC News said donors have pledged $1.35bn (£1.1bn) in humanitarian aid for Yemen - $1bn short of what the UN said was required to stop programmes being reduced or shut.

The country is also now struggling to contain the new coronavirus.

The UN has said that nowhere will Covid-19 spread faster, wider and with deadlier consequences.

Local authorities have reported 403 cases and 88 deaths, but the actual figures are believed to be far higher because testing rates are some of the lowest in the world.

It was opened by UN Secretary General António Guterres, who warned that the Covid-19 pandemic posed a "terrifying threat to some of the most vulnerable people in the world" .

"Reports indicate that in Aden, mortality rates from Covid-19 are among the highest in the world. That is just one sign of what lies ahead, if we do not act now."

Just half of Yemen's health facilities are operational. There are shortages of testing devices, oxygen, ambulances and basic protective equipment. Many healthcare workers are among those who have contracted the virus. And 50% of the population do not have access to clean water to wash their hands.

Mr Guterres said the UN and its partners were supporting rapid response teams across Yemen, procuring essential supplies, and working to get information out to millions of people. But, he noted, that required increased funding.

Donors were told that aid agencies needed up to $2.41bn to cover essential aid until December, and that more than 30 out of 41 major UN programmes in Yemen would have to close in the next few weeks unless significant funding was secured.

Saudi Arabia, which leads an alliance of Arab states backing the Yemeni government in its war against the rebel Houthi movement, pledged $500m.

The US and UK, both leading arms suppliers to Saudi Arabia, offered aid worth $225m and £160m respectively. But the United Arab Emirates, another key participant in the war, offered no funding.

Mr Lowcock said he could not be satisfied with the $1.35bn that was pledged in total and urged donors to pay immediately, writing on Twitter that it would "mean the difference between life and death" .

He also stressed: "The UN will not abandon the people of Yemen: we will reach out, seek & find people everywhere they are in need, based on humanity, impartiality and need."

"We won't be able to provide the food people need to survive, or the health care they need or the water or sanitation or the nutrition support which helps to keep two million malnourished children from dying," she told Reuters news agency.

Already, the UN has had to suspend payments for 10,000 frontline healthcare workers, and food rations have been halved for 8.5 million people.