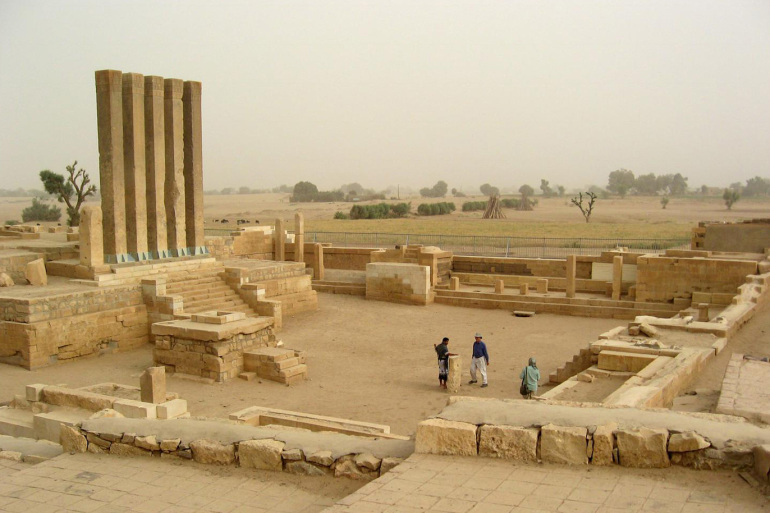 The Gulf Institute for Democracy and Human Rights accused the Saudi-led Arab coalition in Yemen of targeting the country's cultural, touristic and historical notables in violation of international humanitarian law standards.

The Institute documented in a report entitled "War crimes in Yemen: targeting cultural and historical sites," examples of the attacks that targeted those sites and led to widespread destruction of Yemeni cultural property.

The report considered the attacks a clear violation of the protection provided by the laws of war, stressing that the archaeological sites have not been protected in accordance with the standards of international humanitarian law.

The head of the institute, Yahya Al-Hadid, said that the war crimes that targeted archaeological, tourist and religious sites in Yemen did not stop with direct targeting and destruction that affected about 80% of the monuments.

He added that those crimes also caused "their damage due to the blockade and the circumstances of the war that did not allow those concerned to provide the appropriate care and environment to preserve these civilizational and cultural treasures, and thus humanity and future generations lost the opportunity to see it.

"Many of the artifacts were stolen, robbed and smuggled, especially towards Saudi Arabia and the Emirates, which are trying everything they can to destroy Yemen and all aspects of civilization and life in it.", Al-Hadid added.

He pointed out that information received by the Institute states that "many of the Jewish manuscripts were stolen and smuggled into the Zionist entity."

He called on the Gulf Institute to initiate international investigations into the attacks that targeted those notables, including revealing the type of weapons used in those attacks and the countries that manufacture them, so as to ensure fair accountability for these crimes.