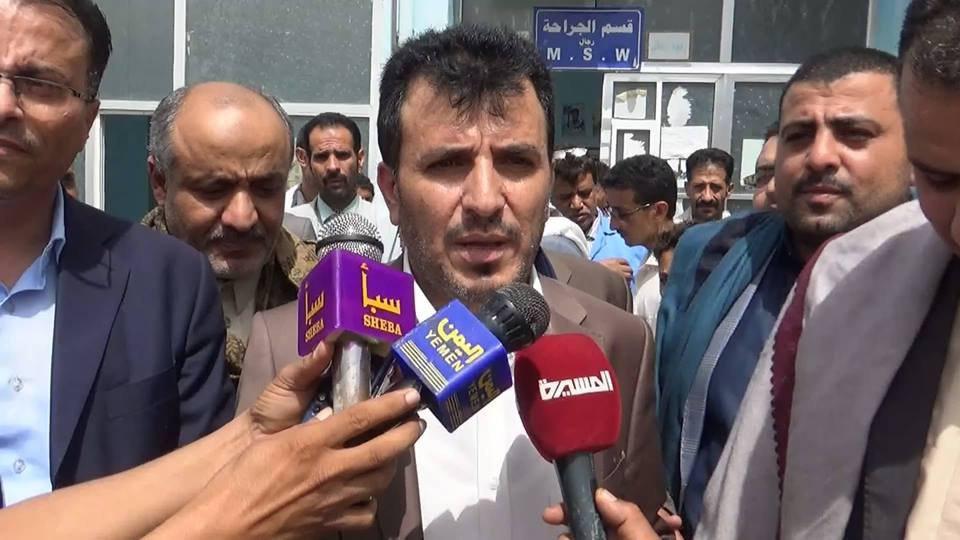 The UN officials give remarks away from reality and feign crying to collect funds, the Houthi health minister said Monday, strongly criticizing the organization's performance in the face of COVID-19 in Yemen.
"The United Nations adopts exaggeration when we don't follow the policy of turning humans into a figure added to figures," Taha al-Mutawakil added in remarks carried by the Houthi-run al-Masyra TV.
The UN is "absent from anti-coronavirus efforts across Yemen and feigns crying on what it dubs as corona victims, while its officials' remarks are beyond reality as they seek for fundraising," he said.
COVID-19 death rate in Yemen is "very low," Mutawakil claimed as his ministry "adopts a policy of assuring the patient and the public," hailing this policy as a success.
The Houthi official accused the Saudi-led coalition of bringing COVID-19 into Yemen to "create community chaos," and "it's today spreading more rumors."
The minister called the UN to "do its duties of stopping the war and lifting the blockade imposed on Yemen, rather than overestimation [of data] and participation in a policy lethal for peoples."
The Houthi health ministry rejects to reveal real figures of COVID-19 infections and deaths in northern areas controlled by the group.
Until Sunday evening, Yemen's internationally-recognized government has recorded 484 infections of the novel virus, including 112 deaths and 23 recoveries in areas under its control.