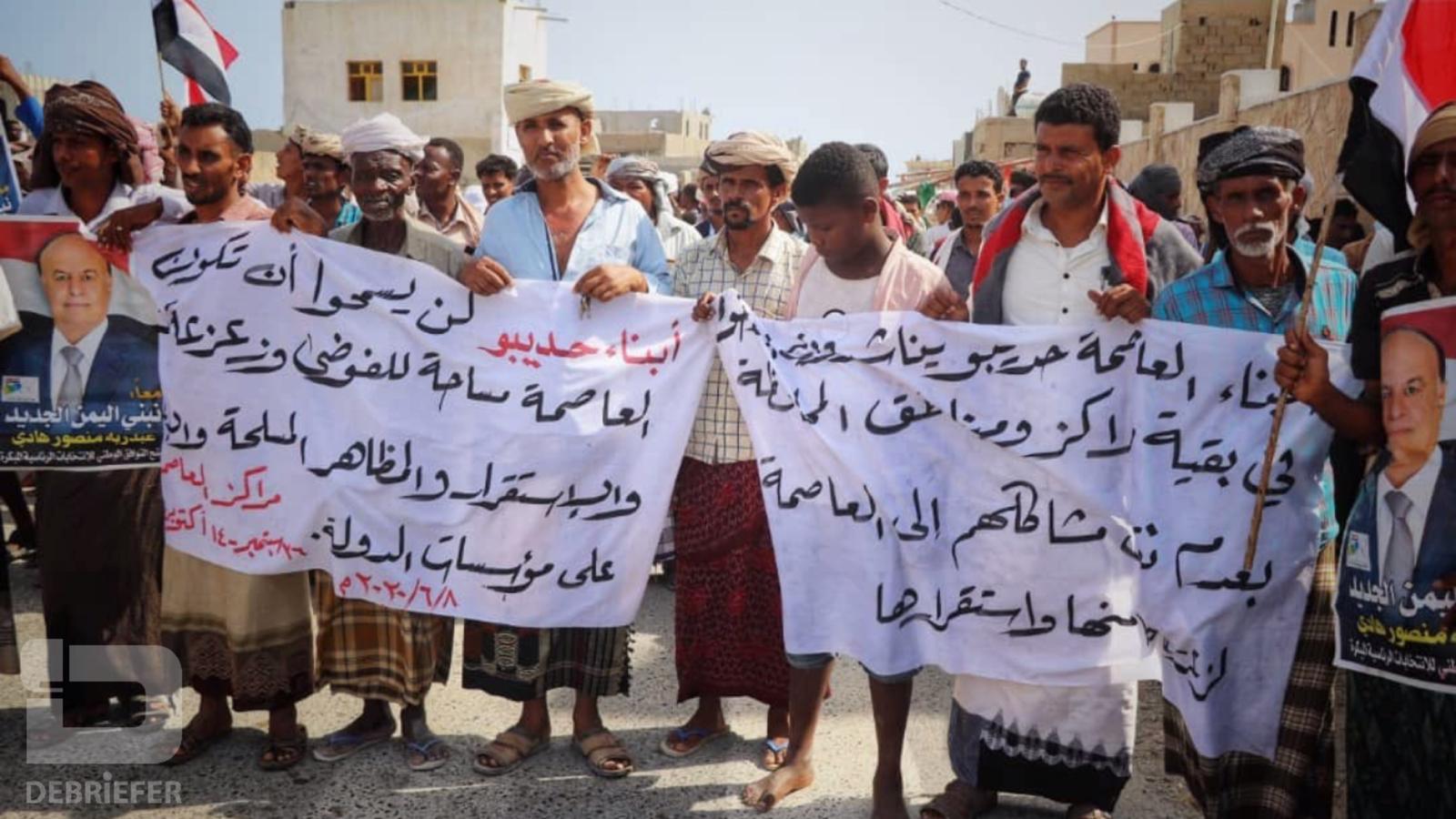 Tens of the Yemeni internationally-recognized government's supporters in Hadibo city, the provincial capital of Socotra, on Monday staged a rally in protest of the Southern Transitional Council's (STC's) recent escalation.

The rally comes "in support of the legitimate government of President Abd Rabbu Mansour Hadi and steps taken by [Socotra] Governor Ramzi Mahroos, and in opposition of the self-government" declared by the STC, the protesters said in a statement obtained by Debriefer.

"We won't tolerate to have Socotra used a ground for conflict," the statement added, deploring the STC recent militarization in Hadibo and calling for sending the troops out of Socotra to "maintain security and safety of the archipelago."

The campaigners also called for public services be provided, mostly electricity, citizens' livings be improved, and Hadibo spared the troubles of political conflicts.

Located in the Indian Ocean, the Yemeni largest island has been seeing a broad conflict over power between the Emirati-backed STC and the official government.

Last Thursday, Hadibo hosted a public event "in support of the STC-declared self-government of the south," according to the event organizers.