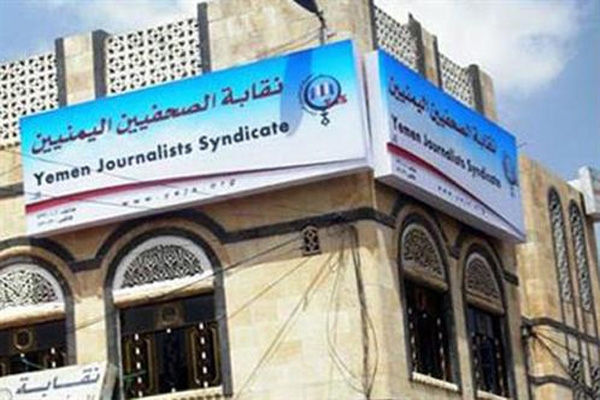 The Yemeni Journalists Syndicate on Tuesday called on warring parties to end their iron grip imposed on journalism and hostility against the profession.
"Yemeni reporters celebrate their day amid very risky, hard situation and miserable realty suffered by freedom of expression for six years now," the YJS said in a statement on Facebook.
"Journalists' struggle will stop only after systematic violence against them is stopped, plurality values win, and favorable and unfavorable opinions are respected alike," the YJS added on the 'Yemeni Journalism Day'.
"This occasion is unfortunately setting in while 16 reporters are suffering woes at Houthi prisons, with some unfairly, politically sentenced to death and others still detained despite the acquittal rulings that the Ansar Allah group rejects to honor.
"The wave of violence against journalists is widening across Yemen – in the absence of real State's institutions. 38 reporters have been killed since 2014, most recently was the murder of photojournalist, Nabil al-Queati, in Aden."
The union condemned the different authorities' obdurate rejection to release journalists in spite of repeated humanitarian calls by YJS and international groups, particularly with COVID-19 spread in Yemen.
The YJS is calling the Yemeni internationally-recognized government anew to pay salaries of all official press staff, especially those in areas not under its control, amid "these disastrous conditions lived by the country."
The union also called on all international groups concerned with freedom of expression to keep pressing for the release of all reporters, payment of official media staff, and investigation into killings and assaults against Yemeni journalists.