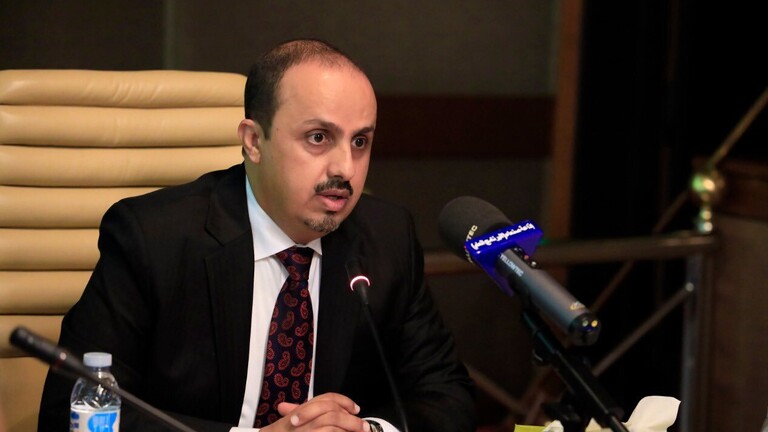 The Minister of Information in the Yemeni internationally recognized government, Moammar Al-Eryani, accused Tuesday evening, the Ansar Allah Group (Houthis) of confiscating and looting all official and private media institutions in Yemen.

On the day of the Yemeni press, the Yemeni Minister of Information expressed his solidarity with journalists and social media activists, abducted by Houthis militia and dumped behind bars of their illegal detention centers. Majority of them have been arrested 4more than 5yrs.

Al-Eryani ignored touching on the violations and arrests of a number of Yemeni journalists, as well as the assassinations of some of them in the areas controlled by the legitimate government.

The human rights organizations have revealed in many of their reports of violations and arrests of Yemeni journalists and media workers in all regions of Yemen and by all parties to the conflict.

In addition, on the occasion of day of the Yemeni press, the Yemeni Journalists Syndicate called on the parties to the conflict in the country to "end the iron grip on the profession of the press and hostility to the profession.".

The union said in a statement, "Yemeni journalists celebrate their day in light of a very dangerous and difficult situation, and a miserable reality of freedom of opinion and expression for 6 years.".

The union expressed its regret that "this occasion comes and there are 16 journalists who suffer woes in the prisons of the Houthi group, some of whom have been subjected to unfair political death sentences and others who are still detained despite the issuance of decisions to release them and the group refuses to implement it."

The statement indicated that 38 journalists have been killed since 2014, the last of which is the photojournalist Nabil Al-Qoaiti, who was assassinated by unknown armed men in Aden last week.